Dr James Mwangi, Equity Bank CEO, failed to hit the threshold in earnings in 2018 growth to qualify for a bonus.

Many would imagine that James Mwangi, the CEO of Equity Bank Group, earns tones of cash for steering the financial institution to success. But the latest annual report by its board of directors indicate Dr Mwangi’s pay remained unchanged at Ksh60.4 million in 2018 after the group’s profit grew by a slim margin of 5% to Ksh19.8 billion.

Because of this meager growth in profitability Mr Mwangi was not paid a bonus for 2018, according to analysis by Business Daily, but earned a salary of Ksh56.73 million or Ksh4.72 million per month and an allowance of Ksh3.744 million in the year ended December.

According to the bank’s corporate governance guidelines, executive directors are eligible to participate in the group’s bonus scheme, which is anchored on achievement of key business performance indicators, but are not entitled to earn fees or sitting allowances.

At Ksh60.4 million, a no-small amount in a country where majority earn below Ksh50,000, Mr Mwangi is well paid but his salary trails other captains of industry such as Safaricom’s Bob Collymore who takes home over Ksh10 million per month and James Mworia of Centum, who reportedly earned 375 million in 2017 or about Ksh31 million per month. That translates to Ksh1 million per day!

Mworia is closed followed by Mr Joshua Oigara, the CEO of KCB, Kenya’s largest bank by assets, who earned Sh256 million in 2017.

Equity is Kenya’s second largest bank by assets and most profitable lender. Notably, Mr Mwangi is one of the main shareholders at Equity and earns millions of shillings in dividends from the listed bank. With the Bank having declared a dividend of Ksh2 per share, shareholders will share out a bounty of Ksh7.5 billion. For his 208 million shares, Mr Mwangi will get paid Ksh416 million.

Public-listed companies are required to state the total compensation of each director, including salary, bonuses, pension and expenses charged to the company. Equity says its executive directors are paid a salary, pension and other unspecified benefits.

[ NEXT: Learn the art of playing office politics and reaping from it ] 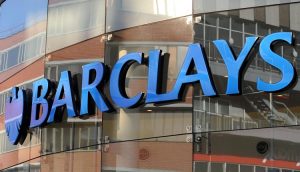 Who is most likely to commit fraud at your company?
The arrest of five employees of Barclays Bank of Kenya…