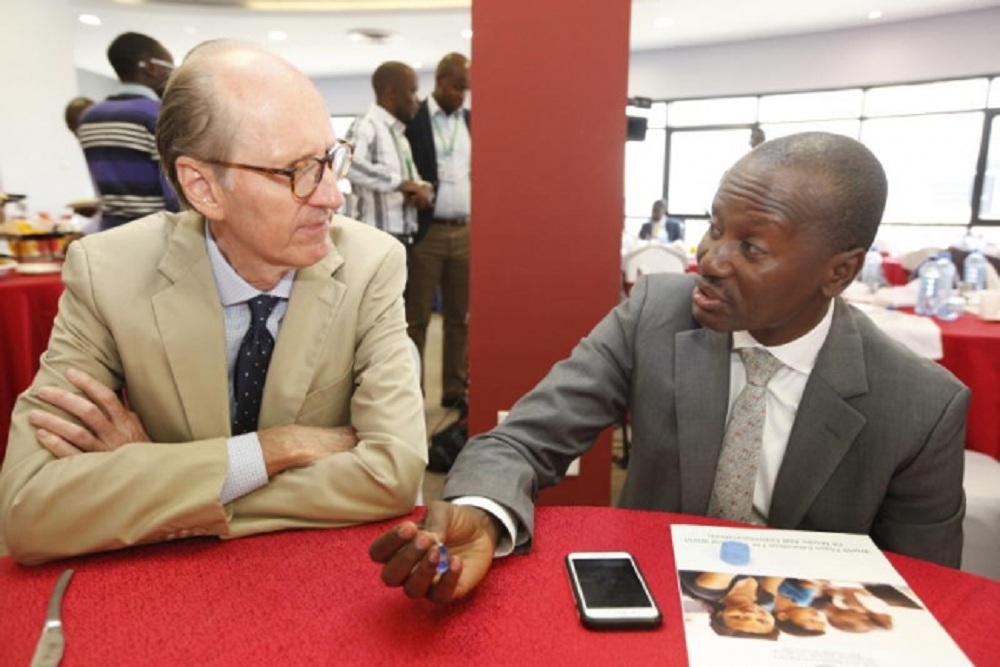 According to sources familiar with the affairs of the group’s board of directors, Managing Director, Print Operations and Director of Innovation Francis Munywoki could also overtake Uchumi Supermarkets CEO Dr Julius Kipngetich, who was initially being fronted to take charge of the Mombasa Road-based media house’s chief executive, due to his vast experience in media management.

It appears Standard insiders are out to block ‘outsiders’ from taking over the top jobs at Kenya’s second biggest media house.

Mr Kipngetich, who is credited with changing the fortunes of the Kenya Wildlife Service where he served as managing director before moving to Equity Bank as chief operating officer, is a close ally of the Moi family and a director of the Sovereign Group, an investment firm that has, among others, a controlling stake in the Intercontinental Hotel Nairobi.

He was initially being fronted to take over at the Standard Group but concerns emerged as to whether he will be able to manage a media house given the various intricacies, especially political, that are at play.

Munywoki, who holds a Bachelor of Science degree in Electrical and Communication Engineering and Masters of Business Administration (MBA) degree from the London Business School, has more than 10 years experience in senior management with multinational organisations leading in information management, strategy and projects that leveraged revenue growth and improved customer service. He previously worked with Barclays Bank, The Coca-Cola Company and Pepsico Europe.

Before his elevation to the current position, he was the Standard Group Director, Business Development and Innovation. Mr Odindo, whose two-year tenure at the helm expired in August, has stayed put thanks to reluctance by acting CEO Mr Orlando Lyomu to let him go.

It has also emerged that former CEO Sam Shollei, who has since left the company after falling out with Baringo Senator Gideon Moi, who represents the interests of the Moi family, the group’s principal shareholder, offered him a three-year contract without the knowledge of the board.

According to Business Today sources, his exit could materialise in about two weeks time. Shareholders are also said to be concerned that Shollei, who was forced out due to alleged financial mismanagement and conflict of interest, appears to be remotely controlling affairs at the Standard Group, as he is still privy to ongoings there thanks to his continuing members of the executive Whatsapp group.

It is said that Gideon Moi partly fell out with the former CEO for promoting the interests of his wife, former Judiciary Chief Registrar Gladys Boss Shollei, now the Uasin Gishu Women’s Representative, while giving a blackout to KANU candidates in the August 8 General Election. He is the Kanu national chairman.

Matters came to a head for Odindo when he sided with a section of editors who were seeking to roast journalist Mwaniki Munuhe for allegedly planting a story implicating Deputy Chief Justice Philemona Mwilu and Supreme Court judge Isaac Lenaola in underhand dealings that saw the apex court void President Uhuru Kenyatta’s win in the August presidential contest following a challenge filed by Nasa presidential candidate Raila Odinga exposing the editors political leanings.

The duo is alleged to have met severally with senators Amos Wako and James Orengo, who represented Raila in the petition, at Menelik Hospital during the hearing of the case.

Lenaola has furiously denied the claims and threatened to sue Munuhe and the Standard, in addition to State House spin doctor Dennis Itumbi, for defamation.

The publication of a story detailing Maliki’s affidavit to the JSC has sparked a vicious w*r among Standard Group editors with one editor demanding that the reporter be suspended for planting the story, claiming he had deep connections within the Jubilee administration.

But most senior editors are backing him, saying he was right to file the story as it was based on an affidavit which JSC has acknowledged receipt of and thus a matter of public interest in effect sidelining the group leaning towards Odindo.

It is not the first time that Munuhe has found himself in trouble due to alleged political leanings. In the saga surrounding the loss of over Ksh 700 million at the National Youth Service (NYS), saloonist Josephine Kabura, one of the key s******s, claimed in an affidavit submitted to the Ethics and Anti-C********n Commission (EACC) that former Devolution and Planning Cabinet Secretary Anne Waiguru introduced him and The Star reporter Kamore Maina as her “media gurus” implying they were assisting in pushing positive stories about her.

While The Star was quick to defend Kamore, Munuhe was suspended by The Standard but made a comeback after an internal investigation led by security chief Sam Koskei cleared him after it was established he was nowhere near the CS’s Runda residence on the material day as claimed by Ms Kabura in her affidavit.

READ: Munuhe back to Standard after shaking off ‘media guru’ tag

Meanwhile, Odindo is said to be angling for a return to the Nation Media Group, where he formally served as Group Editorial Director, as His Highness The Aga Khan seeks to restructure the company, who financial fortunes have been dwindling.

Already, former Editorial Director Wangethi Mwangi has returned to the media house’s board as a non-executive director to play an editorial advisory role. Business Today has learnt that the impending changes could see the exit of CEO Joe Muganda and Editor-in-Chief Tom Mshindi.