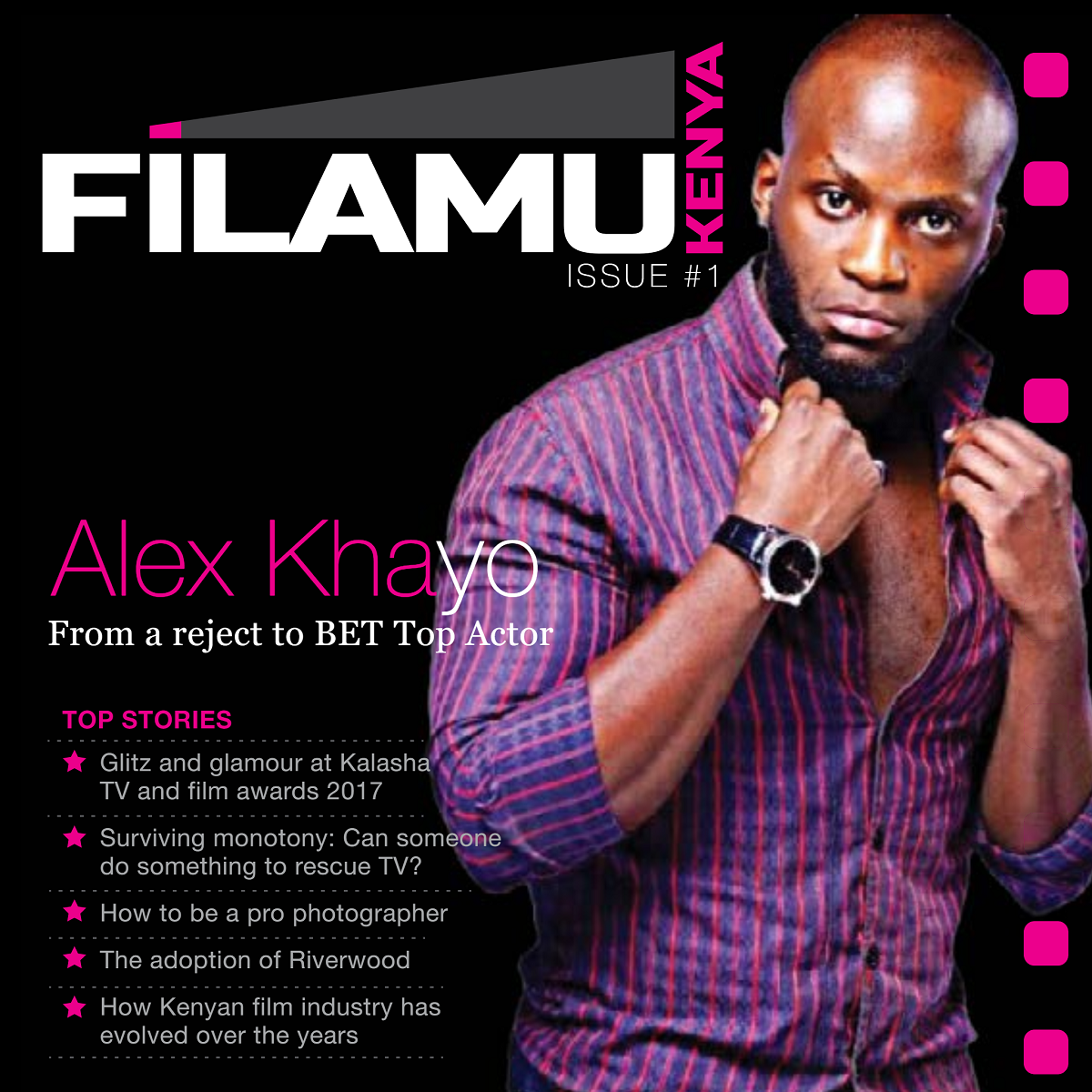 A new magazine has been launched to showcase Kenya’s film industry to spotlight and stimulate talent in the country. The premiere edition of Filamu Kenya (Filamu is Kiswahili for film) was released on Tuesday January 10th and it documents local movies, Kalasha Awards (2017), industry insights and one on one interviews.

“Our first edition has covered a wide range of articles, from music to film news and local movie reviews,” says James Ndone, the magazine’s founder and editor. “We are actually thinking of diversifying our scope to highlight theatre, because most of acting talent emanates from there.”

The magazine, which is available online, takes a closer look at Riverwood, Kenya’s version of Hollywood.  Riverwood is believed to have generated revenue to the tune of $70 million in 2017. Other stories touch on why TV in Kenya needs some inoculation and the history of filmmaking in Kenya.

“Riverwood has come of age and we are doing some amazing projects,” says Mwaniki Mageria, the secretary general of Riverwood Ensemble Filmmakers Association.

The cover story features Alex Khayo, the only Kenyan to have competed at BET’s Top Actor series. Although he did not win, Mr Khayo was voted the most popular actor on the second season of BET’s Top Actor. “I’m thrilled to have been part of the inaugural edition of Filamu Kenya. The magazine will go a long way in highlighting stories that are rarely found in mainstream media,” notes Mr Khayo.

Filamu Kenya is partnering with various stakeholders in the industry to give Kenyan film a voice and enable Kenyans to tell their story in their way. “We are planning to partner with Kenya Film Commission, Kenya Film Classification Board, Riverwood, and Brand Kenya to tell the Kenyan story from an insider’s perspective,” adds Mr Ndone.

READ: Ezekiel Mutua can do a better job at policing film

For a long time, Kenya has lacked a magazine that offers insights from the film industry in the country, he said. “We have great shows, movies, and even creative producers, but most of their work does not get enough publicity.”

Since 2008, the Kenyan film industry has been identified as a key economic catalyst contributing at least 4% of the country’s gross domestic product (GDP). The publication, by Jiant Media Network, is intended for an assorted target audience between the ages of 21 and 65 years.

Kenyan Creatives Get Robbed Of Sh252 Million By Pirates