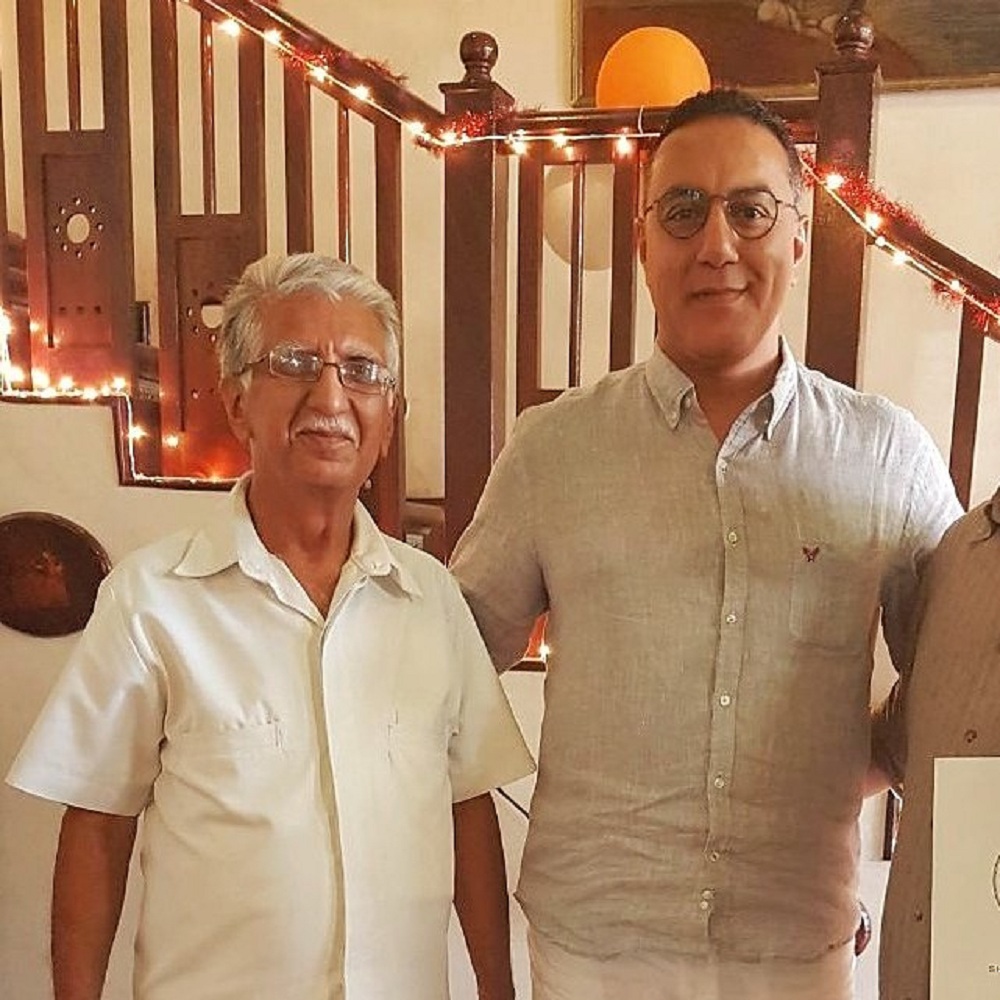 Prominent Mombasa hotelier Zulfikar Harunani  is d**d. According to Tourism Cabinet Secretary Najib Balala, Zul, as he was simply known, passed on Wednesday afternoon.  He was the Managing Director of Shehnai Restaurant, which he started in 1984.

“To Allah we belong, and to Him we will return. Zul Harunani of Shehnai Restaurant, p*********y earlier this afternoon. I have known Zul since my early 20s when I joined the tourism industry. He was like an older brother to me. We will miss him dearly, Rest In Peace Zul,” he tweeted Wednesday evening.

According to a profile on the restaurant’s website, it was a dream come true for Zul, who always hoped to one day open his own restaurant and be able to do what he loved most – to provide his clients with quality meals and excellent service.

He gained his work experience at their Mombasa Beach Hotel and at the Ngulia Safari Lodge before joining Diani Sea Lodge as General Manager.

“By profession, Zul is a hotelier. After successfully completing his hotel management course at Utalii College, he went into employment with African Tours and Hotels. He gained his work experience at their Mombasa Beach Hotel and at the Ngulia Safari Lodge before joining Diani Sea Lodge as General Manager. At the time, Mombasa was still yet to have an establishment explicitly serving Indian Cuisine and therefore, 25 years ago, he started Shehnai, the only restaurant then specialising in indian delicacies from the depths of Northern India,” it reads.

His social ties have always been a benefit to the restaurant. He was Chairman of Mombasa & Coast Tourist Association (MCTA) from 1989 to 1993, was still an executive member. He was also the Chairman of Hotels & Restaurants Authority from 2004 to 2007.

Until his d***h, Zul was also an Executive Member and Conselliur Culinaire of Chaine Des Rotisseur and Chairman of Association for the Physically Disabled of Kenya (APDK).

Zul and his staff were rewarded for their efforts in 1998, when Shehnai, which is popular for its Mughlai dishes from North India, was officially classified as a five-star restaurant and a year later, they were awarded a plaque of recognition from “Chaine des Rotisseure”, a gourmet organisation.

His son, Mehboob Harunani, is the restaurant’s general manager.