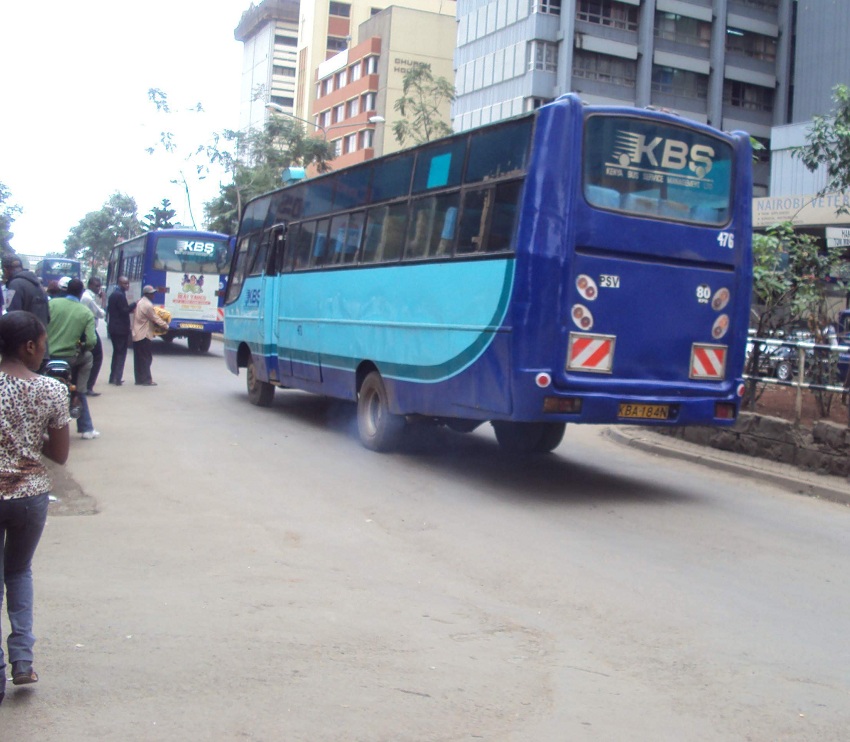 Kenya Bus Management Ltd has issued an alert to its customers warning of new tricks being used by c*******s to either s***l or cause harm to passengers.

In a notice on its Twitter handle, the bus company shared a post by a concerned customer, one Lee Elly, who exposed how the c*******s strategically place syringes containing an unknown substance on the back edge of seats, which upon one sitting on injects it into his/her body resulting in a person becoming u*********s.

“The syringe is strategically placed in a way that it directly finds a place in your b**t to p***k and release the chemical into your system. Once the chemical gets into your system, it makes you u*********s and throws you into a blackout. The chemical acts fast that you wont have time to shout for help. The action is reflex and acts in microseconds,” Elly warns in the post initially posted on a group called Matatu Galore.

Previously, there have been cases of c*******s drugging and robbing passengers as matatu crew look the other way.

According to experts, chemical substances reduce a person’s cognitive capabilities; the ability to recognise who they are, their surrounding areas and who they are interacting with.

One’s defences drop almost immediately, resulting in a lot of cases where people lose their inhibitions, become very open to complete strangers and later lose their consciousness, sometimes for up to three days.

In worst case scenarios, v*****s are led to their residences and appear to behave normally raising little suspicions among caretakers and other tenants only to gain consciousness and find their houses empty.

Here is the notice shared by KBS: 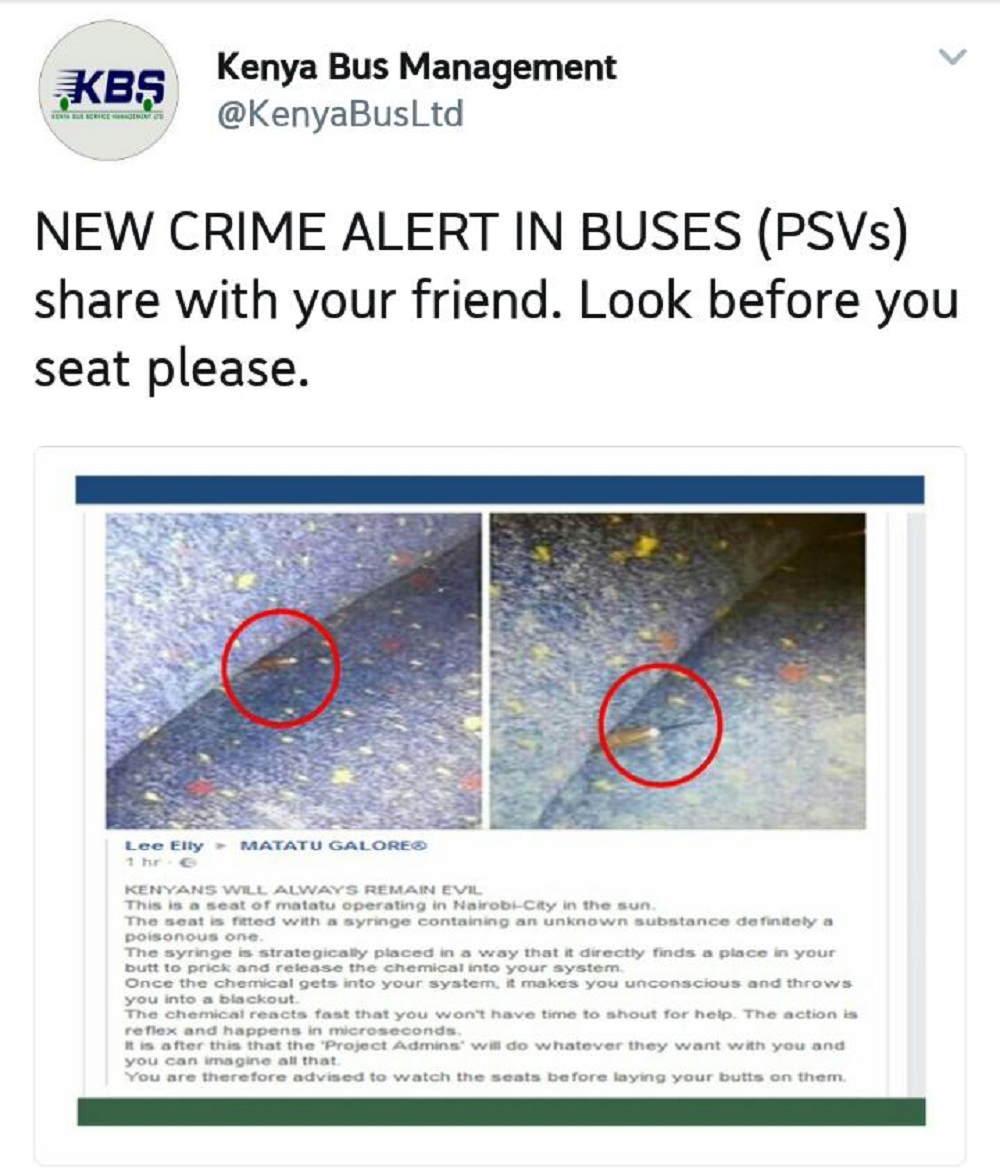