Dr Ezekiel Mutua, the Chief Executive Officer of the Kenya Films Classification Board.

If you ask a Kenyan adult about the standards of morality in the country, you are bound to get a very negative opinion. It is all about youngsters being addicted to drugs, alcohol, scenes of violence, sex and pornography. Tragically, the age of entry for the foregoing vices keeps getting lower, if the 10 year old girl who gave birth a couple of years ago in Kericho County is a sign of the times.

No one seems to remember when, or explain why, things started going south at a very fast rate. We have become a society known for its promiscuity and general licentiousness. Morally, the motto seems to be “anything goes”. Parents and adults in general have lost the moral authority to correct the young. Do what I say, but not what I do, seems to be the modern parenting dictum.

In the ensuing confusion, however, there is widespread consensus that the media has played, and continues to play, a major role in influencing our children’s values. Television and the internet have become a new world where children can comfortably live in perpetuity. It is an ideal place to be for impressionable minds, where they can choose their heroes and let the latter to influence their lives fully.

And, who else fits the bill at such a time like this other than the KFCB chief executive officer, Dr Ezekiel Mutua. Indeed, the gusto with which he took his position in October 2015 has not only raised his profile, but also that of the hitherto moribund censorship board. As a former journalist and a senior public communication officer in the Ministry of Information and Communication Technology, Dr Mutua understands not only the important role of the media, but also its covert, albeit pervasive influence.

Mutua has been seeing evil splattered at every corner of the screen. He has banned movies like The Wolf of Wall Street and Fifty Shades of Grey because of homosexuality hints. He has resisted the entrance of the global digital video distributor, Netflix, into the Kenyan market for being a threat to both national security and moral values. He has criticized local popular television programmes like Citizen TV’s Wedding Show for exhibitionism.

Just a couple of weeks ago, Mutua banned five children programmes on DStv and GOtv, both owned by South Africa’s Multichoice Limited, saying that they promote and glorify homosexuality and other forms of sexual deviance. To fortify his moralistic arguments, the CEO cited a few constitutional provisions that were contravened by these programmes. These include Article 45, Article 11, Penal Code Sections 162 to 165, and Section 181.

The merits and demerits of Mutua’s directives notwithstanding, it is incumbent upon parents to be proactive in monitoring and vetting what their children watch both on TV and the internet. It makes no sense for KFCB to remove “immoral” content from broadcast media, just for children to watch the same stuff online. Consequently, a massive public education campaign is necessary to enlighten parents and adults on how they too can be effective gatekeepers by adding value to the board’s mission and vision.

Also by this author…

Indeed, KFCB needs a more professional approach in censoring video content, devoid of any emotions or religious pontifications. There should be more scientific based explanations on how various classifications are reached. This should show the negative effects of scenes depicting violence, sex, horror, strong or obscene language not just on the individual, but on society as a whole.

We may also need to add new classifications to reflect current social realities. For instance, as gender roles and boundaries become increasingly oblique, some videos may need to publish parental advisory warnings to guard against perpetuation of attitudes that demean and stereotype either gender.

As timelines for local content quota in our media houses narrow towards the 2018 deadline, KFCB might also need to redefine some of its provisions. As a cosmopolitan society, it is hard to restrict everyone to watching only what someone else chooses is wholesome.

I do not know whether KFCB has adopted any best practice, but its work should be more structured rather than ad hoc. Banning programmes whimsically might erode the board’s credibility as lacking a vision.

The writer is a communication consultant and public policy analyst. [email protected]

Stephen Ndegwa is an experienced media practitioner specializing in thought leadership. He has written for various media houses and publications, both locally and abroad. Ndegwa is also a strategic communication expert, with skills across the public relations and marketing mix. He is an author, blogger, poet and university lecturer in communication.
Email: [email protected]
FB: Stephen Ndegwa
Twitter: @Ndegwasm

Stephen Ndegwa is an experienced media practitioner specializing in thought leadership. He has written for various media houses and publications, both locally and abroad. Ndegwa is also a strategic communication expert, with skills across the public relations and marketing mix. He is an author, blogger, poet and university lecturer in communication.
Email: [email protected]
FB: Stephen Ndegwa
Twitter: @Ndegwasm 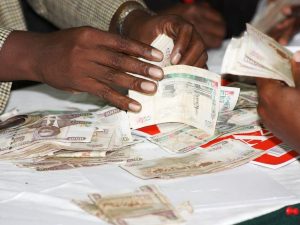 Equity and other banks with most expensive loans
According to a new report while big banks charge more,…