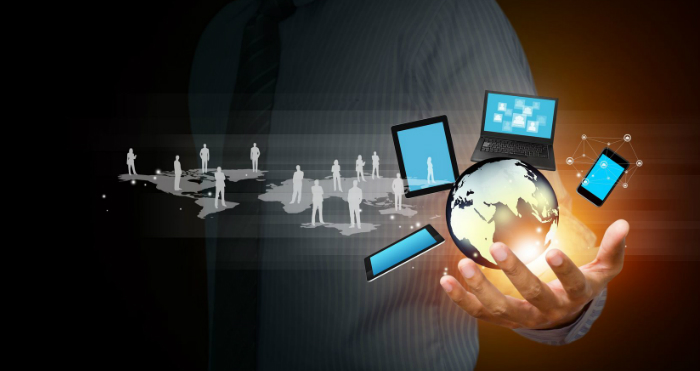 There is a natural mystic

Blowing through the air

If you listen carefully now you will hear

This could be the first trumpet

Many more will have to die

Don’t ask me why

Things are not the way they used to be

I won’t tell no lie

One and all got to face reality now.”

The foregoing lyrics of “Natural Mystic”, one of the most definitive songs by the reggae legendary group of the late Bob Marley and the Wailers, could never have been more prophetic. The world today is undergoing some of the most drastic social, economic and political changes. Nothing, and no one, seems to be spared by the unfolding scenario.

Specifically, I’m referring to the unprecedented science and technology developments that have gripped humanity. There is hardly any nook and cranny that have not been touched by some form of technological disruption. Clearly, things are not the way they used to be. Unbeknown to many of us, a seismic shift has been happening under our feet.

And, Safaricom Limited chief executive officer Bob Collymore should know. On 8th June, 2017 Collymore was at the United States International University – Africa, to deliver a keynote address at the Chancellor’s public lecture. His talk titled, “The Sound of Disruption”, brought to the fore several realities about the new world that many of us take for granted.

Collymore started by posing a question to his audience – what is the first thing that we all do when we wake up in the morning? The answer was rather obvious! The majority of respondents were in agreement that, for one reason or the other, they check their mobile phones. Barely 20 years ago, however, the answer would have been different, with each person having their own idiosyncrasies.

Yes, the ubiquitous mobile phone is now in the possession of almost every adult. But just 10 years ago, we could not have foreseen the kind and number of functions this gadget is currently performing, away from its initial role of voice and text. You can now manage almost your whole life on the mobile phone, including education, health, finances, dating, business, faith – name it.

A few years from now, you will not need a physical office location to make your billions! There will be an App for almost everything under the sun, enabling you to operate seamlessly from one function to another, using the same technological platform. With the mighty internet, you will work for your client, invoice him or her, get paid and receipt online, pay your bills, book your holidays.

Collymore compared the ongoing digital explosion to other “silent” revolutions like the Big Bang that created the world, and The Great Spark that led to the discovery of fire. He cited a few cases of what is happening, for instance, in the entertainment industry, over the last couple of decades.

At its peak in 1989, American movie store, Blockbuster, operated 9,000 stores in the US, making $6 billion in annual revenues. The company opened a new outlet every 17 hours. But in 2013, Netflix came on the scene. Instead of going out to rent movies, people could now simply stream movies from their homes. This was enabled by increased data availability, staggering growth of video content, and decreasing cost of connectivity. Blockbuster adamantly refused to adopt the new changes. Today, it is as dead as a dodo!

Also from this author

Conversely, about 20 years ago, music giant Polygram ruled the music industry, when LPs and music cassettes was all we knew. But in 1998, the company’s CEO came across research that showed consumers had started buying music in a new format, the ‘CD-ROM’, which had more capacity and better definition. Consequently, he sold off his company just in time before it became redundant. The music business has since developed to an all-digital affair, with stupendous carrying capacity in flash disks.

Indeed, we are now in a transformational, knowledge-based, digitally interconnected world. Think about the following: we are creating 2.5 Quintillion bytes of data, compared to 100GB in 1992. Every year, the world is producing two million new books, 182 billion tweets, eight million new songs and 400,000 new products. Think self-driving cars, artificial intelligence, Big Data, the Internet of Things and 3-D printing, and you will have an idea of what’s coming.

So, what are you going to do, either as an individual or a company? Are you going to survive and ride the new wave to a brave new world, or will you just sit and wait to be relegated into oblivion? It’s scary, I know! What you know now could tomorrow become outdated, making you start searching for new answers. Only the brave will survive.

The writer is a communication consultant and public policy analyst. [email protected]