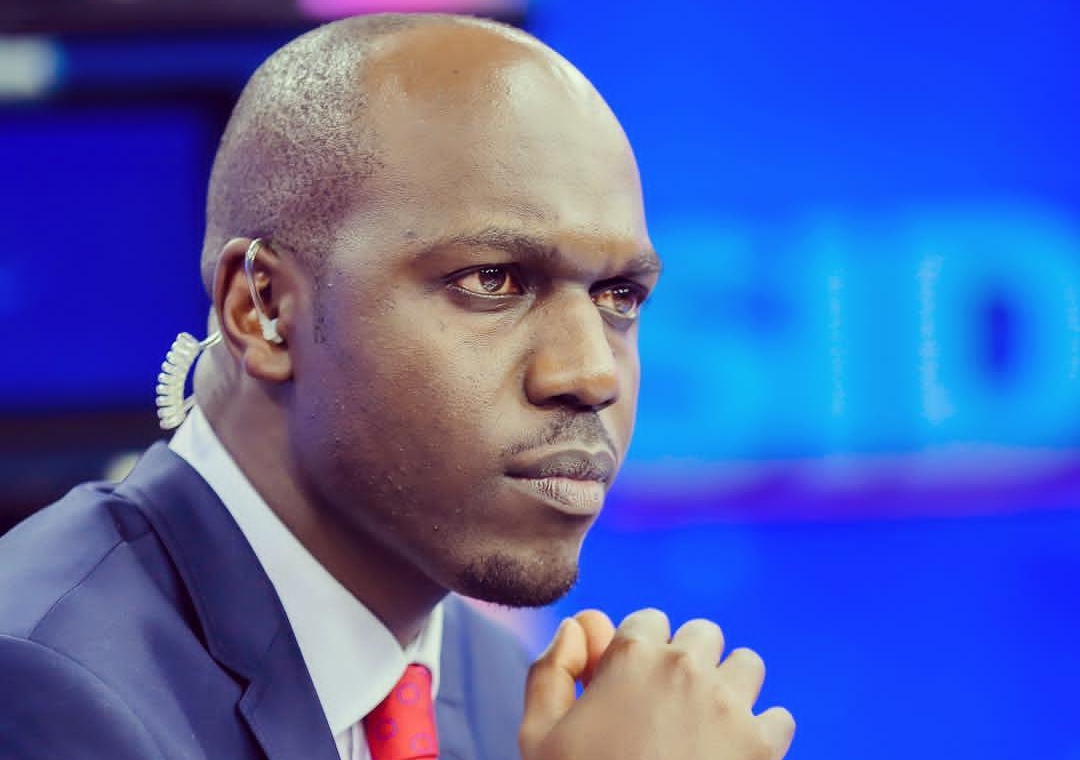 [dropcap]T[/dropcap]he Nation Media Group much-anticipated staff communication meeting was held this morning in a tension-packed mood on its third floor editorial newsroom. While it was expected to be a heated meeting, nothing may have prepared the management for f**e that would come from one of its TV journalists, Larry Madowo.

Just before the meeting, the Nation’s head of corporate and regulatory affairs Clifford Machoka sent out a press statement confirming earlier reports by Business Today that the leading media house would retrench employees as part of its continued restructuring to transform into a 21st century digital media house.

After addresses by outgoing CEO Joe Muganda and Chief Editor Tom Mshindi, most employees had been overwhelmed by the anxiety of the impending lay-off to say anything. But during question time Madowo, known for his daring attitude, touched a raw nerve, questioning Nation’s top management independence in the face of evident muzzling by State House and other gunslingers in the advertising world.

He said the management and top editors had not taken any action almost two weeks since Sunday Nation newspaper reporter Justus Wanga was threatened by Deputy President William Ruto’s aide. David Mugonyi, a former Nation political reporter and a communications manager at the DP’s office, was recorded threatening Wanga with sacking and other unspecified consequences for an article he had written touching on the DP’s position in government politics.

Wanga had reported how the DP was not amused with some of the Cabinet choices President Uhuru Kenyatta intends to make. The article justified the icy relations, arguing that Ruto was conspicuously absent when President Uhuru unveiled part of his Cabinet at State House, Nairobi.

The question of management’s inaction appeared very pointed and hit at the heart of an obvious issue that is less talked about at NMG: the media house editorial content is largely controlled by external forces in government, especially the President and his deputy.

It is such a poorly kept secret that previous sackings at the Nation – including Special Projects editor Denis Galava, investigative editor Andrew Teyie and Sunday News editor Mugumo Munene – were sanctioned by State House, after a meeting with His Highness the Aga Khan where the president’s handlers complained about some ‘critical’ journalists at Nation.

Madowo’s question turned into a face-off with Joe Muganda and Tom Mshindi had to intervene to save the situation.

Here are excerpts of how the conversation went:

Larry Madowo: “Ten days after (Justus) Wanga was threatened, Nation has said nothing. What does that say about our independence?” – Larry Madowo

Joe Muganda: “You are being condescending.”

Tom Mshindi: (after over 30 seconds of cold silence) “We are not about disrespect.  You can’t articulate your very strong views in an unacceptable manner. ”

At the end, his question went unanswered. The discussion ended as it was getting nasty, according to those who attended the meeting.  A senior editor at Nation was heard commenting jokingly that “If i had been in charge, I would have thumped Madowo right there!”

Madowo went on to reveal that Mshindi had told him his #FRONTROW column in the Daily Nation newspaper would be discontinued after he attacked E*******n Cabinet Secretary Dr Fred Matiang’i. In the article “Matiang’i leadership style delusive” published on 9th January, Madowo poked holes into Matiangi’s management style, adding that the CS doesn’t like criticism.

“What do Fred Matiang’i and Alfred Mutua have in common?” he wrote. “They dominate media coverage and social media feeds with one “achievement” after another as if they work miracles or have superpowers while their colleagues appear like lesser mortals incapable of getting anything right.”

He says, “the godlike status Matiang’i has acquired in Kenya means that there is almost no serious scrutiny of his actions by the masses. This is a man who presided over a b****l crackdown of constitutionally protected rights to protest during last year’s two elections, yet any criticism of that shameful period is dismissed as partisan politics.

“This is the same man who won’t submit himself to a critical interview, preferring instead to speak to friendly journalists who will not see beyond the halo over his head. Dr Matiang’i has told me in person and at least another of my colleagues that he would never be interviewed by a reporter from NTV because he believes we are biased against him.”

So if the #FRONTROW column goes m*****g from the Daily Nation pages, you know the people who will have k****d.