Para Volley players during a previous training session. The team risks ban if they don't make it to a tournament in Rwanda. Photo/The Star

The Kenya National Para-volley team is lamenting of neglect by the Ministry of Sport following failure to release funds needed by the team to honour a tournament in Rwanda.

The team, which was represented by nominated Senator Gertrude Musuruve, is supposed to leave Kenya for Rwanda on Thursday. Dr. Musuruve was sure to note that the Sports Commissioner Japson Gitonga was rude to her when she called to inquire about the situation the team is in.

“Gitonga treated me with a lot of disrespect. I wanted to find out what is the position of the para volleyball team but he said he cannot answer me because he is not allowed to talk to strangers,” Musuruve charged.

Musuruve continued demanding respect from the Commissioner because she represents persons with disability in the senate.

“The commissioner even lied to me that he has already communicated concerning the issue but when the team went to the office to get the communication they didn’t get any,” she said angrily.

The Para Volley team need Sh 9.4 million to honour the tournament that doubles up as a paralympic qualifier. However, the team was told to carry forward the trip and wait for another tournament in Morrocco slated for January 2020.

As per the tournament’s schedule, the women’s para volley team is supposed to play the opening fixture on 15th September 2019. The ladies now face a risk of missing the fixture and/or the entire tournament.

“The Ministry has promised us that we will go to Morroco but we cannot go to Morrocco if we will not participate in the Rwanda tournament. We are already in the fixtures and we have to go or else we will be risking a ban from the World para volley governing body,” said the Kenya Para Volley Federation chairman, Polycarp Mbeya.

Mbeya added that the his federation is not the only one complaining about the Ministry. He said that other federations have complained about how the Ministry has handled them and specifically mentioned Sports Principal Secretary Kirimi Kaberia.

Failure to make an appearence at the tournament might see the team face heavy penalties. The team might be heavily fined and banned from competing for 3 to 4 years.

It is not the first time that persons with disability have complained about neglect from the Ministry of Sports. Recently, the national amputees’ team almost missed a chance to participate in an international tournament were it not for Nairobi Governor Mike Sonko.

Earlier in the year, the national Paralympics team staged a demonstration in different areas of Nairobi to lament about unpaid allowances. They matched to State House to lament about this but their efforts bore no fruits.

National Sports teams have been continuously complaining about neglect from the government and the Ministry. It is only Harambee Stars that was sponsored well during the African Cup of Nations in June. 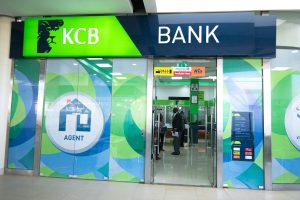