Football Kenya Federation (FKF) president Nick Mwendwa is on the spotlight over how the federation spent Ksh244 million for the African Cup of Nations Tournament.

When Stars were clocking into Egypt for the tournament, FKF had a meagre Sh 33 million to spend in the month-long tournament. This means that the organisers could have easily run out of cash if the team made it out of the group stages.

In the Sh 244 million budget, players only git 25% which translates to Sh 60 million. These players are yet o receive their winning bonuses after the managed one victory against the Taifa Stars in the tournament.

It was the first time that Kenya was playing in the tournament after 15 years and as it seems, no one wanted to be left out of the AFCON trip. According to Nation Sport, it has emerged that the federation’s employees could not be left out of the travelling party.

This could explain why the players only shared Sh 60 million and yet they are the ones who would be representing the country on the pitch. Federation’s employees seem to have stolen the show with Mwendwa himself earning an allowance of Sh 50,000 per day.

His deputy, Doris Petra, was paid Sh45,000 daily, while each of the eight National Executive Committee (NEC) members who travelled was rewarded with Sh40,000 for every night spent in Cairo.

FKF’s then chief executive Robert Muthomi, who has since been sacked, was paid Sh35,000 each day, with the lowest-paid federation member, named “support staff” on the accountability checklist, pocketing Sh10,000 every day.

This rate of spending meant the federation used about Sh 5 million to pay its staff, most of whom had no role to play in Egypt.

Harambee Stars training camp in France ahead of the tournament also took in a huge chunk of the budget. FKF paid OneGoal Pro agency Sh106 million to prepare the Harambee Stars camp in France. OneGoalPro is owned by one Joe Kamga, who doubles up as then Stars coach Sebastien Migne’s agent.

In its report, it is believed FKF said that it had organised three friendlies for the team which cost Sh 63 million. This is not entirely factual as the team only played two friendlies against Madagascar and DR Congo. The team even took a flight to Spain and back to France in order to play with DR Congo.

Apart from the Sh 244 million provided by the government, the federation also received Sh26 million from the tournament organisers Caf, and a further Sh20 million as sponsorship from betting firm Betin.

Mwendwa and FKF had almost Sh 300 million to prepare and take the team to AFCON. The federation’s report does not account for all this money and yet there has been a continuous cry about government reluctance to release funds.

The Harambee Starlets almost missed out on an opportunity to play in the 2020 Tokyo Olympics because of the same issue. Currently, FKF insists that Harambee Stars trip to Egypt to face the Pharaohs in an AFCON qualifier clash is in turmoil.

Harambee Stars will play the Pharaohs on Thursday but the federation claims it has no money to fund the trip. 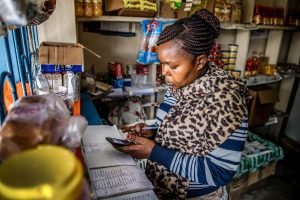