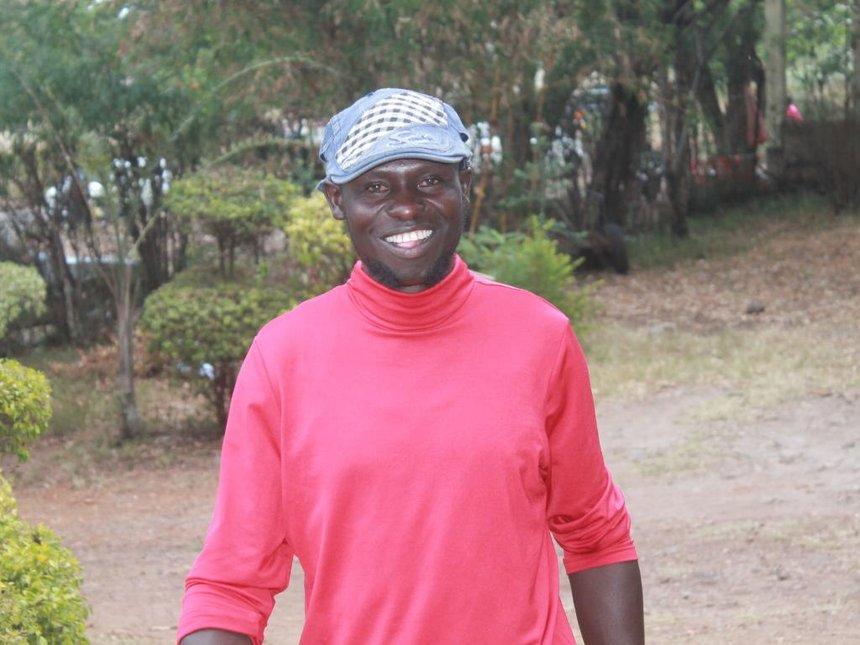 [dropcap]T[/dropcap]he world of night runners remains a baffling tale still told in whispers and low tones. The mere mention of the word ‘night runners’ sends chills down many people’s spines as it comes with damning imaginations of unusual faceless naked individuals who run, dance and even lurk with wild animals at night around people’s home steads casting spells and creating state of fright. [Watch video at the end of story]

Not many night runners have ever wanted to associate themselves with the act in broad day light other than one man, the heavily built and well-muscled son of Pala Koguta village, Homa Bay County: Jack Songo.

On first sight, anyone will easily fee Songo’s presence which gives a chilly feel. What, however, is puzzling is how Songo chose to participate in a sport that has no referee or even fans to cheer. As if that is not all, Songo is today the president of the Night Runners Association of Kenya.

“Night running is a call from God and to some people, it comes as a talent,” Songo says. “Once you become a night runner, it is very hard to quit it since it’s an addictive act. Mine is purely a call and I have don’t reservations about this. I have been a determined night runner for the past 17 years.”

During this period, he says, he has had a series of milestones including mobilising other night runners to come out and form an association for recognition and registration by the government.

At first, I imagined President Songo will dismiss me when I asked him to describe how they do the night running, but he was surprisingly inviting.

“Unlike in the past, today we have our own constitution as night runners that gives us clear guideline. For instance, you are only allowed to run between 10pm and 3am in the morning. Any night runner found running after 3am is suspended,” he told Business Today.

He, however, agrees that it is not easy to expel a night runner because this is something that is in the blood and very much addictive – and the culprit would still do it anyway.

“Night running is interesting my friend,” he starts. “First, remember we are organised so we divide ourselves in groups of two then each takes a different area clearly mapped to avoid clashing and overlapping. When on duty, we dance run, jump on trees using wild animals like hyenas, cobra snakes, pythons and owls to entertain our clients.”

Ideally, it sounds so disturbing when Songo says they entertain their ‘clients’ with such wild animals considering the horrid tales around night-running. But he adamantly says they have their own way of taming wild animals without the consent of Kenya Wildlife Services (KWS) and keeping them in areas only known to them.

“I have nine hyenas, two big tortoises, an owl, python and four cobra snakes, these are my tools of trade during the night and in return, I feed them and keep them just like one would keep goats or cows,” he says.

He, however, refuses to disclose to me how they tame such animals. “We run completely naked during the night. You know why. Everything is sweet while naked,” he says, laughing at his own joke. “During the act, we spit fire from our mouths and anus, so if you are dressed, chances are that the clothes are likely to block the fire from and lowers morale.”

SEE: Witchdoctors magic fails at the most critical moment

People have different tales and perceptions night runners. Some say when you meet a night runner and he/she touches or slaps you you will become a deaf, but according to Songo, this is a myth, explaining that such tales are only meant to paint night runners in bad light.

“It is very unfortunate to say that night runners can do such things,” he adds. “There people with bad behaviors who impose themselves as night runners and commit such acts. In our case, meeting an individual on my way during the act can be the best thing for that night because he/she automatically becomes my client. I will properly and thoroughly entertain him/her with serious frightening acts but will never harm them in any way.”

According to Songo, 34, and a father of three, the Night Runners Association of Kenya was launched in 2005 after they realized they also play vital role in the society. He claims that the association currently has 2.8 million members both in urban and rural areas and all are active except for the aging lot.

“Night running has played a vital role in enhancing security in different parts of the country. Bad people or thieves fear areas with night-runners. We have botched a series of planned cattle rustling. Secondly, night running is becoming a tourist attraction as many people who want to know how we tame wild animals and how we live together with them visit us.”

Songo says to become president he beat 46 other contestants from other counties to emerge a winner in “free and fair elections”. He is working hard to receive full government recognition.

“Some people hate us and that’s where all the bad tales about our activities originate,” Songo says. “We really don’t care about them and if they feel bothered by our activities, let them go to court.”

NEXT READ: This winery uses condoms to produce fruit wine