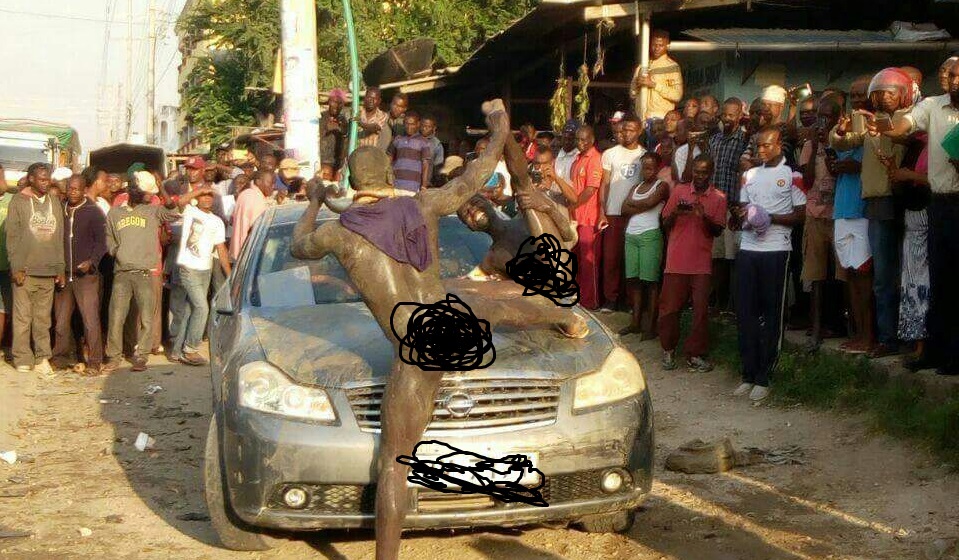 Kisauni Officer Commanding Police Division (OCPD) Christopher Rotich confirmed that two Ugandan witch doctors, the two men who posed as t*****s and a woman said to be the owner of the car were in police custody at Bamburi.

The witch doctors and the two men were arraigned before a Shanzu court Wednesday but were not charged as the police requested for more time to carry out further investigations.

The s******s were taken back to Bamburi police station and were expected to be chargedon Friday.

Rotich said the witchdoctors would also be charged with being in possession of a snake without a license from the Kenya Wildlife Service (KWS).

The two men, who pretended to have been attacked by “e**l spirits”, caused a drama in Bamburi on Wednesday when they s******d n***d with a snake dangling from the neck of one of them.

The s******s were said to have choreographed the drama in a bid to promote the witch doctors in an attempt to defraud innocent members of the public.

The tourist resort town of Mombasa is home to many witch doctors believed to provide solutions or concoctions for various problems.

A casual walk along Mombasa streets reveals adverts stuck on poles and fences by witch doctors claiming they have solutions to various ailments.

The witch doctors, known in Kiswahili as ‘waganga’, allegedly offer assistance in matters of business, money, love, infertility and tracing of lost relatives.

It was believed the witch doctors enjoyed booming business during the electioneering period as a number of politicians were alleged to have visited them for help to win elections.