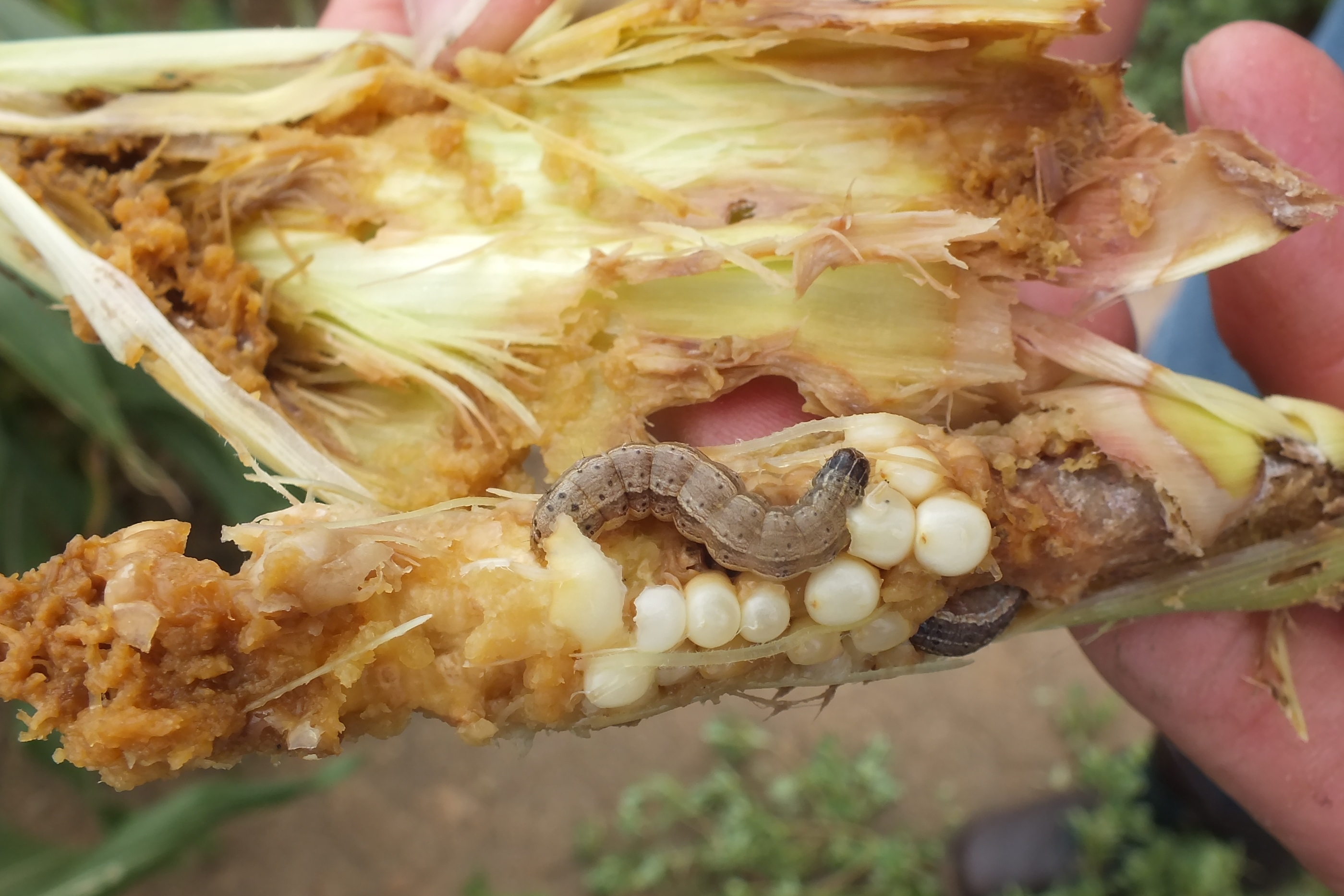 Major maize producing economies in Africa stand to lose a total of Sh227 billion (US$2.2 billion) to Sh556 billion (US$5.5 billion) a year in lost maize harvests – if the fall army worm invasion is not properly managed.

“Enabling our agricultural communities with quick and coordinated responses is now essential, to ensure the continent stays ahead of the plague,” said Dr Joseph DeVries, Vice President – Programme Development and Innovation at Alliance for Green Revolution in Africa (AGRA).

As countries turn to pesticides to reduce the damage, farmers face the risk of the pest developing resistance to treatment, which has become a widespread problem in the Americas.

Biopesticides are a lower risk control option, but few of the biopesticides used in the Americas are yet approved for use in Africa, raising the need for urgent local trials, registration and the development of local production.

“Maize can recover from some damage to the leaves. So when farmers see damaged leaves, it doesn’t necessarily mean they need to control,” said Dr Roger Day, Centre for Agriculture and Biosciences International (CABI)’s Sanitary and Phytosanitary (SPS) Coordinator.

“Research is urgently needed, and a huge awareness and education effort is required so that farmers monitor their fields, and can make decisions on whether and how to control.”

CABI has confirmed that the fall armyworm has been reported in 28 African countries, following the pest’s arrival in Africa in 2016, presenting a now permanent agricultural challenge for the continent. The pest  feeds on more than 80 crops, but prefers maize and can cut yields by up to 60 per cent.

In research funded by the UK’s Department for International Development (DFID), CABI now estimates the pest will heavily impact on 10 of the continent’s major maize producing economies.

“There are natural ways farmers can reduce impact, including squashing the eggs or caterpillars when they see them, and maintaining crop diversity in the farm, which encourages natural predators,” said Day

CABI has also warned of the need to address the human health issues raised by any far more extensive use of chemical pesticides.

“Resource poor farmers are often unwilling or unable to buy the appropriate safety equipment and in some cases they use pesticides without appropriate application equipment. Farmers may also be disinclined to use safety equipment when hot weather makes it extremely uncomfortable. Recognizing that farmers will still want to use pesticides, specific measures are needed to make lower risk biopesticides more accessible,” said Dr Day.