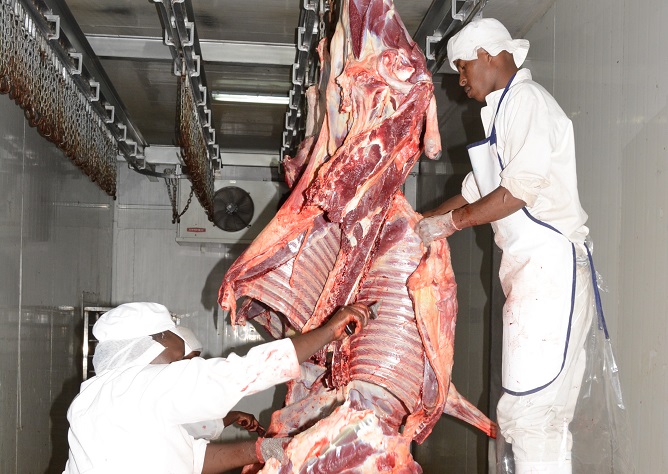 China and South Korea are now the main market for the country’s donkey by-products including hides and private parts said to be used for production of medicines including fertility ones. Kenya already has three donkey slaughterhouses both in Naivasha, Mogotio and Lodwar where demand for the donkey has been on the rise.

The Chief Executive Officer of Naivasha-based Star Brilliant slaughterhouse John Ngonjo Kariuki said production of the donkey products had doubled in the last one year despite a number of challenges facing the sector.

He told the press after a tour of the facility, which has employed 150 workers, that Chinese nationals are keen on trading for the donkey hides and private parts for use in their thriving pharmaceutical industries. “The Chinese are using the donkey products for production of pharmaceutical and fertility products,” he said.

The CEO added that currently the Naivasha abattoir was slaughtering over 100 donkeys per day but this is expected to double following the acquisition of a Ksh20 million refrigerating machine.

“We have a new market in South Korea and we are making plans to start exporting donkey milk which is very nutritious,” he said.

During the tour, Ngonjo defended the sector amid allegations that it was responsible for the rise in donkey theft in parts of the country, adding that they were working with the local administration and the department of veterinary services to ensure the slaughtered donkeys were legally acquired.

While revisiting an incident that occurred last week where stolen donkeys were found in the facility, the CEO clarified that the culprits had since been arrested though the owners had resolved the issue out of court.

On the future of the sector, the investor said that the country had adequate donkeys to sustain the three slaughterhouses, adding that according to the 2009 census, Kenya had close to two million donkeys and anticipated that the number has increased.

The revelation comes in the wake of fears expressed by a section of stakeholders who feel that the trade was not sustainable as there were no policy guidelines to manage the sector.

However, the investor said plans were underway to start rearing their own donkeys or support farmers across the country come up with the best rearing methods to increase animal numbers and help improve the sector.