The advance of AI will do nothing to further the rivalry of political regimes and may even encourage them to believe they could win huge advantages through military confrontation. [Photo/Salesforce.com]

Read all the literature and it will be easy to get carried away by the potential impact of Artificial Intelligence (AI) on our future lives.

According to informed predictions, they will be able to solve all problems known to the human race, accurately predict the future and make work not necessary anymore. But, of course, that is just not a future that will ever materialise.

Human problems exist because the world is overpopulated, people seldom act rationally, or with a respect for the (especially inconvenient) truth and the distribution of power and wealth will mean that any technological innovation will be purloined for the advantage of privileged few and not the democratic whole. The more clever the systems, the more that the majority of humanity will no doubt be enslaved.

Those with the required IQ scores of 130+ – sufficient to drive AI innovations, amount to just 2.5% of the population. There is already a huge premium on AI-related skills and only those with the biggest purses will secure the necessary talents.

We are not long off from the point where AI goes underground, with companies and governments keeping the breakthroughs for their exclusive use.

The rest of us will have access to the crumbs of advances made outside the inner circles – in Universities and the garages of enthusiastic amateurs – but we shall experience the outcome of the major secret advances as progressively less and less will be left to “free will” or personal choice.

The advance of AI will do nothing to further the rivalry of political regimes and may even encourage them to believe they could win huge advantages through military confrontation. AI will even convince its human guardians that it can cope with irrationality and that because it can imitate human thinking it is the real thing.

Philosophy will be for the playpen and areas where there can be no right answers, or just a perpetual tautology, regarded as intellectually suspect and ignored.  But is this the only possible future? Might there be an equally credible, if rather surprising, alternative?

Curiously, the economic focus of multinationals will hold out much more hope for humanity than that presented by politics. Companies will continue to need consumers and the greater their sophistication the bigger the market they will represent.

Therefore, the interests of multinationals may come to be at direct variance with governments, especially if the latter seek to tax companies more to make up for lost income tax revenues as job numbers dwindle. Multinationals will, because of their global reach, also have more ultimate power and influence than even the largest national governments.

So how does HR fit into this seemingly disturbing equation? According to Robin Chater, Secretary-General of the leading think tank the Federation of International Employers (FedEE) the answer is that it actually has a potentially leading part to play – if it will only seek to play it.

“The loss of jobs to technology will no doubt tear the heart out of HR temporarily, but it will also strengthen another, traditionally covert role that HR has long possessed. For HR is, above all, the human conscience of the organisation.

It acts, sometimes unwittingly, as a huge curb on the impulses of fellow managers, preventing them from making narrow and short-sighted decisions to satisfy the latest executive fad or just go for profit at all costs,” he said.

This role puts them right in the firing line and risks their very existence, but most good CEO’s realize that without such a counter force the corporate entity could veer off entirely in the wrong direction. No company will ever be able to operate without some personnel and to the extent that their needs are addressed, so will the ultimate needs of suppliers, customers and the public at large.”

“As corporations rely fundamentally on the sense, level-headedness and wisdom of HR, so will these qualities elude the designers of AI systems. Kindness, integrity, ontological  lateral thinking, irony, justice, reputation, a conscience and emotional intelligence are never going to be something that a non-human entity can ever truly exhibit (especially as these softer and somewhat abstract qualities will always ultimately elude the mentalities of AI engineers). At best, they will be false, contrived – and, because they will always prove to be too precious to be lost, mark the limits of AI’s reach.” 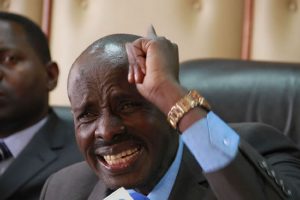