The Kenya National Union of Teachers (Knut) officials have been barred from attending the Educational National Conference at the KICC in Nairobi despite receiving an official invitation from Professor George Magoha the Cabinet Secretary of Education.

The 3rd National Conference on Curriculum Reforms which is graced by President Uhuru Kenyatta saw the Knut official locked out  on grounds of lacking accreditation.

“The officials were told to go get badges for the forum from the Ministry of Interior,” said a Knut official.

Business Today can independently verify that the letter from the Ministry of Education dated July 15, 2019 addressed to Wilson Sossion the Secretary  General of Knut was an official invitation to the conference.

“We kindly invite you to the conference to be part of the dialogue, reflections and learning on how best we can achieve the constitutional promise of ensuring an equitable and good quality education for every child…We look for forward to hosting you at this important meeting,” read part of the letter.

The conference that has brought together more than 2,000 delegates from the country and other East African Community member states.

The confusion surrounding the roll out of the Competence Based Curriculum (CBC) is also expected to addressed.

Knut has been opposing the implementation of the CBC citing teachers unpreparedness and inadequate infrastructure to support it.

Prof Magoha has acknowledged that the rolling out of CBC has been facing various challenges which the ministry is putting effort to address.

Parents and other education stakeholders have been raising concerns on the government’s readiness to continue rolling out of the new curriculum.

This year, Knec announced that at the end of the year, Grade Three learners will sit for the Kenya Early Years Assessment (Keya). They will be assessed in English, Mathematics and Integrated Learning Areas.

However, parents are asking are why Grade Three pupils have to be subjected to national assessments, whether Grade Six pupils will sit for national exams before they transition to lower secondary school, and how the government is prepared to provide infrastructure for lower secondary students in Grade Seven to Grade Nine. 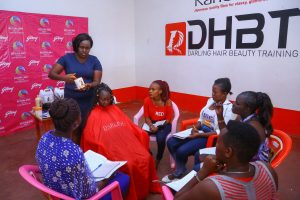 Firm to Train 20,000 Youth in Hairdressing and Beauty
The two new training centres will be based in Mutomo…