About a year ago, Kenyan music fans were introduced to a new tune. It later came to be known as gengetone and was welcomed with wide arms.

Popular music group Ethic Entertainment introduced Kenyans to this new tune. At first, only a few people were against the tune with many labeling the young men as extremely talented.

Kenya Film Classification Board (KFCB) chairman Ezekiel was just about the only person against Gengetone. Kenyans were criticising him for killing the talents of the young boys but slowly Kenyans are beginning to side with Mutua.

While the beats to these songs are extraordinarily good, the lyrics bring a different energy. Ezekiel Mutua and his fellow gengetone haters have always been against the lyrics of these songs. In their defense, some gengetone artists have come up to say that the do music for a specific audience which enjoys the lyrics.

Things took a drastic turn when ethic entertainment released a song dubbed ‘Tarimbo’ which can be easily translated to ‘crowbar’. Ezekiel Mutua commented about the song almost immediately after it was shared on Youtube.

The self-proclaimed moral policeman took to Facebook to post a lengthy rant as he wanted Ethic’s new song to be taken down by Google.

“I have spoken to Google to take down the damn crap called Tarimbo by Ethic Entertainment which advocates for rape of women. Promoting violence against women is criminal,” he wrote.

“The DCI should arrest the entire bunch of musicians called Ethic, under Article 33, for going beyond the prescribed delimitations on freedom of expression by advocating for violence against women.” Mutua ranted.

Surprisingly, most Kenyans sided with Mutua on this one. Ethic had gone overboard on this one and angered many with the raw lyrics.

Kenyans who were siding with Ezekiel Mutua had realised one thing, gengetone is monotomous. All gengetone artists thrive on the dirty lyrics which is slowly becoming boring. Each song is about the same thing, contains the same words in its lyrics.

Gengetone group which goes by the name Boondocks Gang has been unknowingly making gengetone monotomous. This group releases at least two songs in a week to a point where fans cannot even keep up.

Releasing many songs at a go might not be the problem but Boondocks’ songs are all similar. The message, the beats, the lyrics are all similar in all songs. The group undoubtedly boasts talented young men but unless they reduce the speed at which they are dropping new tunes.

Despite the dirty lyrics and the monotonous lyrics, some gengetone artists have mastered the market and are slowly taking over the music industry in the market. These artists are seen to be improving by the day.

Wamlambez hitmakers Sailors have won the heart of Kenyans and their growth is visible. This crew took a different path within the gengetone world. When asked, Sailors have always insisted they don’t do gengetone but dabonge style.

Other artists who seem to have mastered the business include the likes of Zzero Sufuri, Rico Gang, Ochungulo Family and 34 Gang. 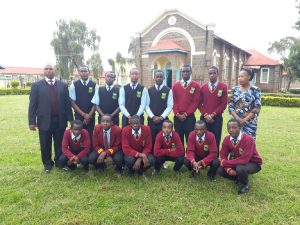 Ordinary Kenyan Secondary Schools Among the Top 100 in Africa
Despite the disproportionate graduation to employment ratios, Kenyans are still…