A user displays the Facebook Interface. The company has appointed an independent oversight board that includes Kenyan human rights activist. Photo/Time

Freedom of speech in Kenya is becoming one of the most abused rights and privileges by the government as it seeks to silence those with dissenting opinions and views.

In its latest transparency report, Facebook claims that the Kenya government was on overdrive in the first half of 2019 demanding private information about Kenyan users on five different occasions.

The Standard reports that the government refused to use proper legal channels in four of the five times of making the demands.

Urgency of the Demand

To beat Facebook’s guideline requirements, the state insisted on “the urgency of the demand”.

The social media giant, according to the publication, complied with at least one of the demands. Facebook did not reveal the details and nature of the information demanded by the government.

Identities of the accounts targeted by the State were not disclosed.

In its Information for law enforcement authorities, Facebook says that it responds to government requests for data in accordance with applicable laws and “our terms of service” adding that each of the request received is carefully reviewed for legal sufficiency.

“We may reject or demand greater specificity on requests that appear overly broad or vague,” adds Facebook.

The Standard report indicates that this is not the first time the government is demanding that Facebook reveal information of Kenyans using the social media platform.

“In 2018, one such request was made. Government data requests from tech companies usually increase during election periods. In 2017, for example, the government filed eight requests with Facebook. Only two were filed legally.”

In 2013, the State similarly asked Google on eight occasions to hand over personal data of 11 Gmail accounts.

Facebook says it accepts requests from governments only when following “a proper legal process” is assured.

When a government is demanding information from Facebook, it is not limited to just your status updates but also your unique identifiers like phone numbers, location etc.

As the space for expression limits globally, those most vulnerable are those whose digital footprint is very leading.

Facebook says, “We collect information about the people, Pages, accounts, hashtags and groups that you are connected to and how you interact with them across our Products, such as people you communicate with the most or groups that you are part of. We also collect contact information if you choose to upload, sync or import it from a device (such as an address book or call log or SMS log history), which we use for things such as helping you and others find people you may know and for the other purposes…”

For safety in general, it is best if you left any unique identifiers out of your profile information. Some people have suffered from identity theft because of how much information they have left lying around the internet. Facebook is notorious when it comes to leaking data which has been challenged in court.

It is therefore advisable to reduce your online presence as much as possible by only being there when it is absolutely necessary.

Facebook probably knows you better than you do yourself and from all the devices you use, the giant says they collect information from and about the computers, phones, connected TVs and other web-connected devices you use that integrate with their products.

“We combine this information across different devices that you use. For example, we use information collected about your use of our Products on your phone to better personalise the content (including ads) or features that you see when you use our Products on another device, such as your laptop or tablet, or to measure whether you took an action in response to an ad that we showed you on your phone on a different device.”

Facebook is a whole wide world (www) on its own and with the kind of data it has on any and all of its users is just mind-boggling.

For Kenyans, the best is to always be on the safe side by minimising being too personal on the social media giant and knowing when to stop. 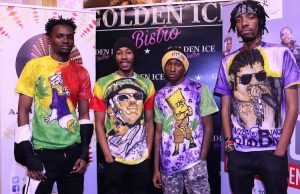