Some students of Nyeri High school posing for a photo outside a chapel in the school. It is one of the ordinary schools which have made a mark on the continent and they boast of being among the top 100 in Africa. [Photo/ Nyeri High School]

Kenyans know that education is the key to success but as time goes by, it seems that this is a fallacy with learning becoming more expensive as employment shrinks.

Despite the disproportionate graduation to employment ratios, Kenyans are still investing in education with those well off sparing no cents to ensure their offspring get the best.

The mythical nuances associated with education show that Kenyans value it with many going to great lengths to get it albeit disappointing the expectations of many.

Schools for the rich?

With the release of the KCPE results this week, there are hopes that those seeking form one place will get into school without much trouble.

But, there are those whose paths have already been beaten and all they need to do is follow them.

For such, some of the most expensive institutions in Kenya become their second home.

Kenya boasts of several high-end schools which the monied lords take their progeny not just for learning but also for networking. This is because these schools also tend to serve the immigrant community (expats) serving in the country in offices like the UN, embassies and consulates.

There are also several multinationals which have their offices in Kenya making it ideal for such expensive schools to thrive.

In this list, there are also ordinary schools which have made a mark on the continent and they boast of being among the top 100 in Africa.

Among the topmost schools in Kenya that rank highly in Africa include the Rift Valley Academy (RVA) which is ranked second in Africa. It comes after South Africa’s Grey College.

RVA is a Christian boarding school located in Kijabe. It was founded by Charles Hurlburt in 1906.

A statement from the institution says that the school serves about 500 missionary children from 30 nationalities and 80 mission organizations and churches.

The statement adds, “Our role is dyadic: supporting current mission work while investing in the next generation of missionaries and gospel-bearers. As a branch of Africa Inland Mission, we exist to see Christ-centered churches established and thriving among all of Africa’s peoples.”

In addition to being the most expensive school in Kenya, the International School of Kenya (ISK) is ranked 7th of the top 100 best high schools in Africa.

ISK offers the North American curriculum and the International Baccalaureate Diploma. It is also the largest international school in Kenya.

Interesting entries on this list include the Strathmore School which is ranked 32nd.

Alliance High School which is a public national school is ranked 39th.

It was the first school in Kenya to offer secondary school education to Africans.

“It was founded on 1 March 1926 by the Alliance of Protestant Churches – The Church of Scotland Mission (later known as the Presbyterian Church of East Africa or PCEA), Church of the Province of Kenya (CPK), African Inland Church (AIC), and the Methodist Church,” a statement on its website states.

The school is located in Kikuyu, Kiambu County and it boasts a long history of excellence in national examinations.

Ranked position 50 in Africa, the Starehe Boys’ Centre was co-founded in 1959 by the late Dr Geoffrey Griffin, the late Geoffrey Geturo and the late Joseph Gikubu.

The school has been a charitable institution providing care and education for boys in need until it started admitting self-sponsored students in the last few years.

A statement on its websites stated that it runs a Centre, Secondary School and a tertiary Institute offering Accountancy and Computer studies.

It was formed by colonial governor Philip Euen Mitchell in 1949. At its founding, it was known as the Duke of York School.

The school admitted the first few black and Asian students in the mid-60s after Kenya’s independence in 1963.

Pioneer students were subjected to severe conditions and discrimination as did black teachers who began teaching there in the early 1970s.

It has maintained good academic standards ranking in the top 10 and top 20 schools in Kenya for many years.

Nyeri High School is ranked 83rd and it was established by the Consolata Missionaries in 1924.

It started as a primary boys’ boarding school thereafter becoming a Junior Secondary School in 1947. The school has produced very prominent personalities in the country, some of which have risen to high national offices of leadership.

The last school is Hillcrest Secondary School which is ranked 94th.

A statement on its website states, “Hillcrest Secondary School was established in 1975, being built in the current school’s location. It started with an enrollment of 54 students and three classrooms. At the time, it was among a few schools offering students Cambridge Overseas ‘O’ and ‘A’ level examination and certification.”

School fees are an upwards of Ksh600,000 and pass the Sh1 million mark for some school years. 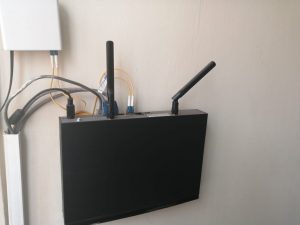 Safaricom Hopes to Lure SMEs With New Internet Packages
Under the new pricing structure, the company has introduced three…