Education Cabinet Secretary Prof George Magoha. Classrooms will hold only 15-20 students at the go once schools reopen in September.

This year’s top candidate in the Kenya Certificate of Primary Education (KCPE) has scored 440 marks according to results released by Education Cabinet Secretary George Magoha on Monday.

Three candidates, two of them girls scored 439 marks to tie at second position.

Male candidates performed better than girls in Maths and Science.

All the candidates, however, recorded a drop in Mathematics and Science.

Students sat the exams between October 29 to October 31.

This year’s results were released in a record 17 days and recorded the least number of examination malpractices in the history of the administration of the examinations.

“There is nothing major to report on the malpractice front this year. These results reflect what our children deserve because they were left to write their papers. Parents were not tempted to buy fake papers and that is commendable,” said CS Magoha.

According to Teachers Service Commission CEO Nancy Macharia, 56 teachers are staring at expulsion after being flagged for attempting to assist pupils to cheat.

CS Magoha stated that placement of the students will begin tomorrow (November 19) and will end on December 2.

” I will be on the ground starting tomorrow to check whether the PS (Education PS Belio Kipsang) and his team are on schedule and hopefully the process will be concluded on December 2,” said Magoha.

CS Magoha also said that the Ministry will be dishing out 9,000 scholarships with President Uhuru Kenyatta directing that at least a third of these slots be given to pupils from slums in Kenyan cities.

“Previously, there was the notion that pupils from Nairobi do not need assistance but research shows that is not the case. We have been advised to make sure that we find that balance. The president in his wisdom has said that we develop a formula that will give pupils from slum areas preference,’ said CS Magoha.

The Cabinet Secretary also stated that the executive has approved a Ksh8 billion budget to improve infrastructure in primary and secondary schools at a time schools are crowded due to the government’s 100% transition policy.

“I will make it my mission to make sure that Kenyans get value for that money,” said CS Magoha. 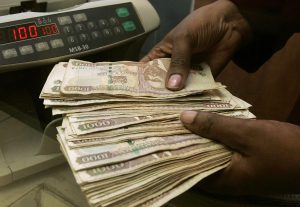