The University of Nairobi (UoN). The Higher Education Loans Board has threatened to publish the names and faces of defaulters in newspapers in 30 days.

The Higher Education Loans Board (HELB) is on the receiving end after it threatened to publish the identities and photos of 85,000 defaulters who are yet to service Ksh50 billion advanced to them over the course of their university and college education.

On Sunday, the board said that it will publish the defaulters’ details in thirty days as a stop-gap measure to pile pressure on the student borrowers to pay up the loans.

HELB says that defaulters will be given a month to justify why they are yet to pay the loans.

According to the statement, the board is “cash strapped” and needs the money to sustain its operations including advancing more loans to current students pursuing diploma and degree courses.

“Some beneficiaries who are in default have not responded to previous communication addressed to them yet the funds received from loan repayment are used to support the current needy students, therefore, sustained default hinders funding of other deserving Kenyan youth,” read the statement.

The board further stated that if the defaulters still won’t have paid after their identities and faces are splashed in newspapers with nationwide circulation, it will take legal action.

However, HELB might be dragged into court for publishing the information which is deemed sensitive in newspapers.

This is not the first time that the board is going out of its way to reclaim the money. The situation can be looked at from the larger government perspective, the government is broke and is using all means possible to generate more money.

In February this year, Former Education Cabinet Secretary Amina Mohamed had to go back to the drawing board after threatening the defaulters with arrest.

“We are also going to partner with our law enforcement agencies to track down those holding jobs and yet are reluctant to stand up to be counted as responsible and patriotic citizens who honour their debts,” she said at the time.

However, in 2018, the board recovered more than Ksh500 million following a two-month amnesty that was issued by the government.

Since 1974, the board has dished out loans in excess of Ksh72 billion to over 645,000 Kenyans making their higher education life easier. 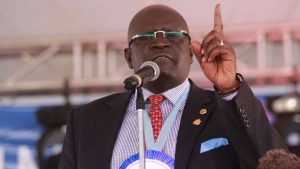