An Israeli Company cleared of bribing Kenyan officials in September 2018 to get the tender to construct the Mau Summit-Kericho-Kisumu Highway is on the spot once again for all the wrong reasons.

Solel Boneh International (SBI) Holdings, a road construction company and a subsidiary of Shikun & Binui based in Israel is on the taxman’s radar after an employment relationship gone sour blew open the lid that kept the secrets of the multinational firm that has evaded close to Ksh1 billion in taxes.

A report authored by Patnership for African Social& Governance Research, a Non Governmental Organisation breaks down how a senior employee of the firm was taken to court by the employer to gag him from revealing the company’s secrets that it used to defraud the Kenya Revenue Authority (KRA).

The report dubbed Illicit Financial Flows in Kenya: Mapping of The Literature and Synthesis of The Evidence reveals that SBI, in a case first mentioned on December 5, 2012 sought interim orders prohibiting its former finance manager from disclosing its trade secrets and other confidential information that would have exposed it to scrutiny.

The former finance manager would later ask for special damages including the release of the taxes withheld during the six years he had worked at the firm after he failed to obtain tax clearance.

It then emerged that the company had not been deducting or remitting the compulsory income tax from his pay perks, which were cleverly divided into two to keep off the taxman’s net.

SBI paid the former finance manager a net monthly salary of US$9,750 (Ksh994,117) and a gross monthly local salary of Ksh383,000, according to documents presented in court.

It is also possible that were it not for the contractual fall out between the firm and former finance manager, it would have been difficult to detect SBI’s tax evasion schemes.

The new information thrusts the company into the limelight once more after being cleared of any wrongdoing by Israeli authorities on the awarding of the Ksh14 billion Mau Summit- Kericho- Kisumu tender in 2010.

SBI had been accused of bribing 20 senior government officials including a former roads minister to win the tender.

But the company was cleared in September 2018 after the Israeli authorities failed to gather enough evidence to prosecute the case. 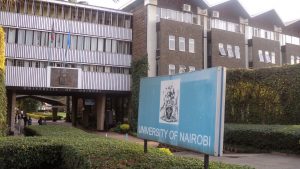