KRA Commisioner General Githii Mburu during a past event. The taxman is looking to raise more revenue from E-Commerce platforms. {Photo: The Nation}.

Multinational Corporations (MNCs) are denying Kenya billions of taxes in revenue by evading taxes through a variety of ways including dodging income tax on the hefty perks for their expatriates and use of opaque structures that render it very difficult for the taxman to collect his dues, a report has revealed.

The report dubbed Illicit Financial Flows in Kenya authored by Non Governmental Organisation, Partnership For African Social & Governance Research also lifts the lid on how the corporations cheat taxes by declining to reveal the profits that their subsidiaries make in the country.

The Tax Justice Network Africa in 2015 estimated that Kenya loses Ksh639 billion annually in tax evasion by MNCs, at the moment the taxman is struggling to meet its targets and has turned the heat on local entrepreneurs and businesses.

The report states that available documents and statistics from such companies could only trace about Ksh146 billion lost in trade misinvoicing between 2002 and 2011.

In 2017, President Uhuru Kenyatta signed a law establishing the Nairobi International Financial Centre (NIFC), an agency mandated with transforming the capital into a financial hub like Dubai or Mauritius which the report says is used to help the real owners of companies hide their identities and dodge taxes.

“IFCs operate in secrecy by establishing corporate structures that allow the real owners of companies to hide their identities and have granted tax exemptions, either broadly or through agreements with individual companies,” reads the report.

“Kenya being an aid recipient country, the establishment of an IFC is problematic as some features of IFCs are likely to undermine the achievement of crucial goals pursued by donors for example tax collection, domestic revenue generation, and financial integrity and transparency. This raises the question of how donors should respond to plans for the creation of an IFC in an aid recipient country,” adds the report.

“It is not just a perception that multinationals are fleecing governments through transfer pricing; it is a reality. All the East African countries are trying to control that” Caxton Kinuthia, the director in charge of the tax services department at KPMG East Africa at the time said.

The report explicitly singles out real estate companies, construction companies and flower farms in Naivasha as the best examples of multinational companies that are tax cheats.

“Such schemes are not strange, particularly in the hotel and construction industries,” adds the report “MNCs in the flower industry are also involved in illicit financial flows,”

Most flower firms based in Naivasha, Kenya are subsidiaries of Dutch-based companies from the Netherlands which, is recognized as a leading tax haven.

According to the report, there are studies that have shown that the Netherlands tax system has similarities with tax havens since it allows the creation of special vehicles including foundations and trusts that are usually used for tax planning and avoidance.

Flora Holland, the world’s largest flower marketer based in the Netherlands is on record informing the Kenya Revenue Authority (KRA) that Kenyan flower firms contribute $250 million (Ksh25.4 billion) a year in the flower market in Holland.

This is espoused by the fact that while the flower farms report profits in the NETHERLANDS, their subsidiaries in Kenya report losses which indicates that they DELIBERATELY evade taxes.

“Despite MNCs and private sector organisations being aware of the benefits of corporate reporting on a range of corporate responsibility issues, including their anti-corruption programmes, their use of voluntary sustainability reporting guidelines such as those provided by the Global Reporting Initiative continues to be inadequate and ineffective,” reads part of the report that references another report by Transparency International.

Additionally, theft by public service officers and those who are well connected has led to a thriving offshore accounts business. Questionably wealthy Kenyans are hiding trillions of the wealth stolen from Kenyans stymying economic growth in the country.

KRA is banking on cross-border sharing of information and third-party data to curb the fraud which is going to become bigger and bigger as Kenya establishes itself as a regional hub with more expatriates coming in. 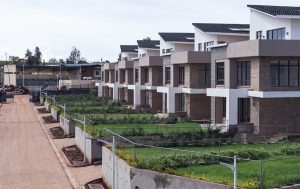