A police officer doing his or her official duties doesn’t qualify as an adversary in the context of the Bible. [ Photo / Mpasho ]

There’s a meme doing rounds on social media about corruption in the police force. The text, which is hilarious, quotes the Bible’s book of Matthew 5:25-26.

The meme is of course just a meme meant to be humorous and get people enjoying a moment of laughter, smile and, most importantly, reflect.

For many, though, the meme between a Bible savvy traffic police officer and a speeding pastor sounds too good to be just a meme.

Thou shalt not bribe

Some people are seeing it as justification to bribe your way out of a situation especially if you have committed an offense, since the verse recommends settling matters “quickly with your adversary who is taking you to court….while you are still with him on the way or he may hand you over to a judge..”

Does the Bible, therefore, condone bribing? A believer in Christian values and human resources development expert weighs in on this verse and its implications in our lives.

But first here is the meme, in case you missed it:

A police officer stopped a Pastor for speeding. The Pastor, seeing trouble, yelled back: “I am a Pastor to a Church not a thief.”

The officer replied, “If you are indeed a Pastor, then you must have a Bible in your car. Bring it.”

The Pastor speedily brought out his Bible to prove his honesty and to be freed.

The Pastor opened the recommended text and read: “Settle matters quickly with your adversary who is taking you to court. Do it while you are still with him on the way, or he may hand you over to a judge, and the judge may hand you over to the officer, and you may be thrown into prison. I tell you the truth; you will not get out until you have paid the last penny.”

The perplexed man of God, upon interpretation, quietly made an “offering” of “five hundred shillings” to his newly found “Preacher”.

The Officer collected his bribe and said to the pastor, “End of the matter. Go quickly in peace and never argue that policemen collect bribes. We only settle matters quickly and peacefully with all offenders instead of taking them to court to be thrown into prison. It’s part of our job.”

Mr Samson Osero, a man who belies in Christian values, says this is a funny story of trying to use the Bible to justify bribery.

“Reading the verse literally would imply that paying out one’s way is justifiable,” says Mr Osero, who is also the author of Transition into Retirement. “Those who believe in Christian values would argue that bribery is a gross breach of the same. It is tantamount to committing a sin and justifying using a Bible verse that is out of context.”

He says the verse refers to an adversary. And in this case, a police officer conducting his or her official duties doesn’t qualify as an adversary in the context of the Bible.

“The verse is intended to encourage parties to settle a dispute amicably instead of letting it escalate to even lead to imprisonment,” Mr Osero explains. “The issue at dispute should be legitimate and interpersonal.”

He says committing traffic offences does not fall in this category but in the sphere of the laws of the land. “People should be on the lookout for those that misuse Bible verses to justify their obvious wrongs,” he says.

Well, you better settle this matter here and quickly lest you are taken you to a higher authority! 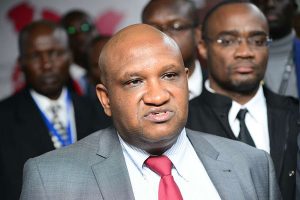 How Multinational Corporations Are Stealing From Kenyans
While local entrepreneurs and business leaders are harassed by KRA,…