When journalists grace our screens with sharp dressing, beautiful smiles and calculated facial expressions we tend to think that their lives are perfect and collected.

Further, the photos they share on their social media platforms can make one question their existence. It all seems bright and glamorous until its not.

A public figure committing or linked to crime, some heinous, sends tongues wagging with more questions than answers. Business Today sampled four star journalists whose promising careers were flashed down the drain courtesy of crime.

Ms Maribe has lately been feeding the headlines for the wrong reasons. Kenyans have been following her life events as news itself. The rains started beating the sassy journalist last year after she was arrested in connection to the murder of Nairobi business woman Monica Kimani. It is alleged that her fiance Joseph ‘Jowie’ Irungu is the main suspect to the murder. He is currently trying to defend his innocence in the courts of law.

Ms. Monica’s body was discovered by her brother in her bathtub with her hands tied and her throat slit. Police investigations led to the arrest of the couple. Ms Maribe was lucky to be granted bail but still faces charges alongside Mr Irungu.

At the beginning of July 2019, photos of Ms Maribe with State House Digital Strategist Dennis Itumbi in Muthaiga police station surfaced online. Later, it was revealed that Ms Maribe had asked for a day off to attend to person matters. It seems her employers were not impressed by the stunt pulled by the journalist and asked her to resign or get fired. She resigned.

He was a household name during his prime age. Louis Otieno conducted powerful interviews on KTN  with Kenyans glued to their TV sets following him put top politicians in the hot seat and squeezing information from them like only he could.

As suddenly as he had appeared on the screen, Mr Otieno disappeared. In February 2012, Mr Otieno’s alleged girlfriend Careen Chepchumba was found dead in her apartment at Kilimani’s Santonia Court. Pathologists revealed that the then University of Nairobi student died from strangulation. Mr Otieno was arrested in connection with the murder case.

{ See Also: For journalists, relationship with social media is complicated }

During the trial, more information on how Ms Chepchumba went on a borrowing spree from relatives to fund the lavish lifestyle of Mr Otieno. He denied the allegations but his career came to a halt.

Mr Otieno was cleared of the by the police doing the investigation to the case but the court questioned the grounds on his clearance. The case is yet to be closed.

Ms Arunga was a darling to many local viewers with her articulate pronunciation of words warming up more hearts towards her. Esther Arunga also wore a hat of a barrister, that is a lawyer in common law jurisdictions and a solicitor.

However, her rising career took a nosedive when she joined The Finger of God church which has been alleged to be a cult. She resigned from her well-paying job and married Quincy Timberlake who was in custody at the time against the wish of her parents life took the wrong turn for her.

{ Read: Kenyan journalists strike back in war of words with religious leaders }

Recently, Ms Arunga changed her statement to the police in Australia over the case of the murder of Sinclair Timberlake, her three-year-old son. She said she walked into the bathroom and found her husband hitting the young boy on the stomach ‘to remove the devil’ before throwing him against the wall.

The police had charged her of being an accessory to the said murder of 2014. She claimed that she lied to the authorities to protect her husband.

Ms Arunga was freed on parole by an Australian Court on Thursday morning. It is further reported that Ms Arunga changed her name to Chryslertte Provydence Timberlake.

Journalist Moses Dola’s career came to an end after he was detained after being linked to the murder of his wife Wambui Kabiru, a former NTV reporter.

Life took a different for the young family of journalists with a two-year-old son on May 1st 2011. It is the day Ms Kabiru is reported to have been killed. During the trial, Mr Dola explained that his wife hit her head on the bed after a confrontation that was sparked by radio volume he had turned on.

Mr Dola disappeared for a few days after the incident but later presented himself to the authorities. In October 2018, Mr Dola was found guilty of manslaughter of his wife by the High court and was sentenced to  a 10-year jail term. 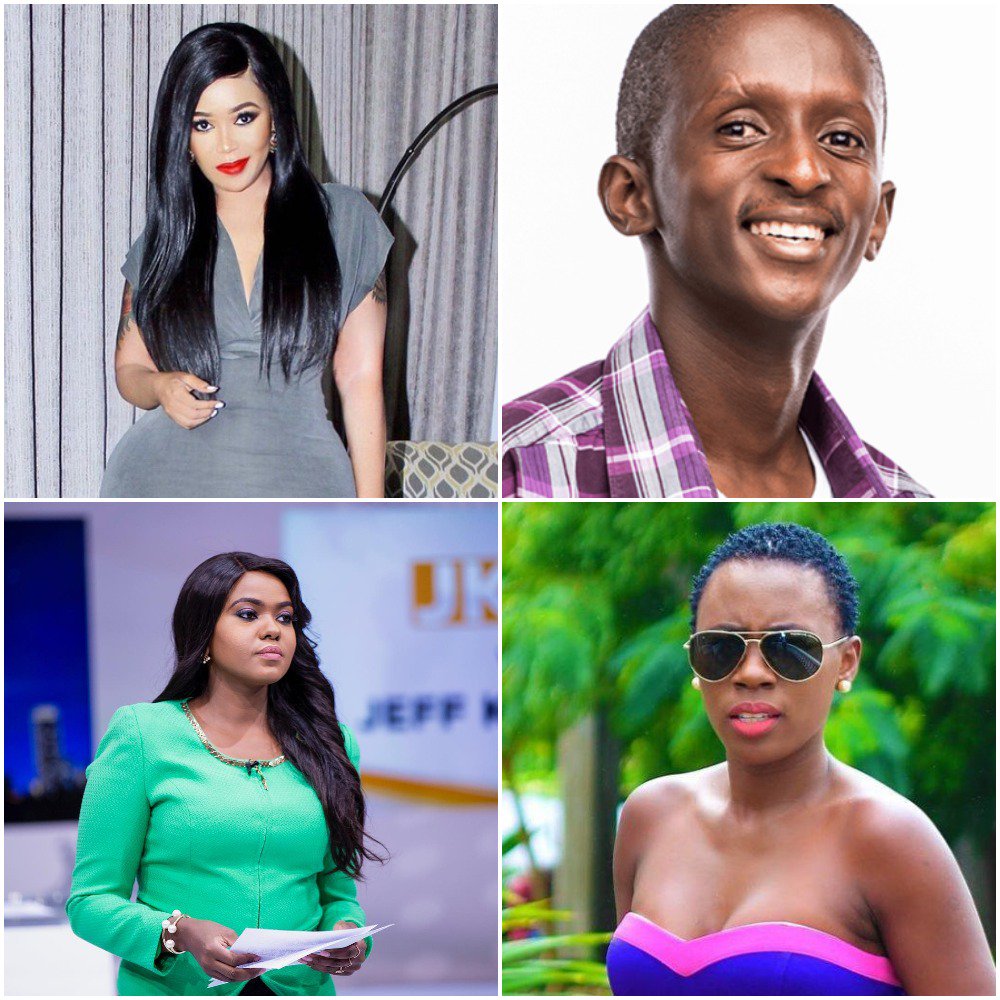