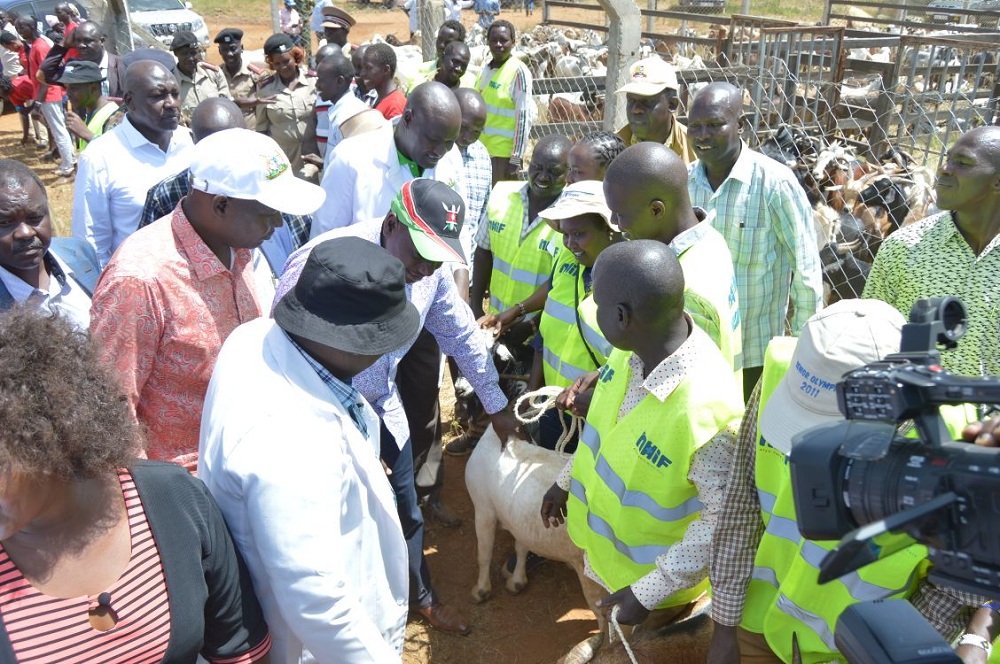 [dropcap]D[/dropcap]eputy President William Ruto is a December baby. He marks his 51st birthday today. And his boss, President Uhuru Kenyatta was among the first to wish him a Happy Birthday.

According to Wikipedia, Ruto was born December 21, 1966 in Sambut village, Kamagut, Uasin Gishu to Daniel Cheruiyot and Sarah Cheruiyot. He attended Kerotet Primary School for his primary school e*******n then joined Wareng Secondary School for his Ordinary Levels e*******n before proceeding to Kapsabet Boys, Nandi for his Advanced Levels.

He then went on to receive a BSc (Botany and Zoology) from the University of Nairobi, graduating in 1990. He was also a member of Christian Union where he served as Chairman. He was ranked the best student in his class. He later enrolled for MSc in Environmental Science, graduating in 2011. He was supposed to graduate with PhD from the same university last year but he failed his exams.

His political career started in 1997 when he was elected first as Member of Parliament for Eldoret North constituency defeating long-time MP Reuben Chesire, who is was later alleged to have slapped at State House, Nairobi.

READ: The top performers in 2017 KCSE

As one of Kenya’s most strategic politicians, Ruto, who was subsequently elected as an Assistant Minister in the Office of the President, is said to have been a frequent attendee of Cabinet meetings, which are a preserve of Cabinet ministers (Cabinet Secretaries).

He also met history when President Uhuru Kenyatta appointed him albeit symbolically as Acting President on October 5, 2014 for three days in order to allow him heed summons to appear before the International C******l Court at The Hague. Ruto had similarly been indicted alongside former journalist Joshua Sang for c****s committed during the 2007/08 post-election v******e. The cases have since collapsed.

He previously served in various ministerial positions including the Ministry of Agriculture and Ministry of Higher E*******n. He was Secretary General of Kanu, the former ruling political party, and MP for Eldoret North Constituency between December 1997 and January 2013. He won the seat in the 1997 Kenyan election after defeating Reuben Chesire. He was appointed to the position of Assistant Minister in the Office of the President by President Daniel arap Moi in 1998. He was promoted to be Minister for Home Affairs in August 2002. He also previously served as the Chairman of the Parliamentary Select Committee on Constitutional Reform in the 9th Parliament.

ALSO SEE: Slay Queens, Tibim! and other hilarious phrases of 2017

On  March 4, 2013, he was elected as Deputy President alongside President Uhuru Kenyatta. They won on a Jubilee Coalition ticket.

In the October 26, 2017 fresh election held following a successful petition by NASA candidate Raila Odinga, the duo were re-elected though Raila boycotted the poll and is vowing to be parallelly as the People’s President.

Others who have wished the DP a Happy Birthday include The Star digital editor Olive Mathenge.

The DP, however, marked his birthday by presiding over the historic Kimalel goat auction in Baringo County.