In Kenya, recently released KCPE results foresees doom for the boychild as their female counterparts dominated the creme de la creme of primary education. When releasing the results on 18th November, CS Magoha mentioned that it is a high time we started thinking of the boychild.

“It is evident that girls are competing favourably with the boys for the top academic honours. And, perhaps, I’m saying this without permission but perhaps it’s time we also started thinking of the boy child,” said the CS.

For the second year in a row, girls outperformed boys. However, in terms of subject performance, the girls and boys shared the profits as each gender dominated the sector it has been known for.

Even though the top candidate in the country was male, there are more females (3) amongst the top 5 candidates. However, gender is balanced amongst the top 10 nationally with each counterpart being represented five times.

The top candidate in the country was Andy Michael Munyiri of Damacrest Schools, Thogoto with 440 marks. Three candidates tied in the second position, two of them girls from public schools. These were: Flavian Onyango of Chakol Girls (439 marks), June Cheptoo Koech of Sangalo Central (439 marks) and Sean Michael Ndung’u of Kitengela International School who scored 439 marks as well.

Over the years, much attention has been paid to girl child empowerment hence forgetting the boychild. The motive behind heavy investment in girl empowerment was well-founded as most girls were not given priority at the time.

The girl-child campaigns have paid off and not just getting an education but excelling more than boys. This might have been a concern to the Education CS who mentioned in passing that the boychild has been forgotten.

The competition is now becoming fair for both male and female candidates but the rate at which the females are coming up is fast. Hence Magoha’s concern for the boychild. It is necessary for the continuity of the fair competition between the two. 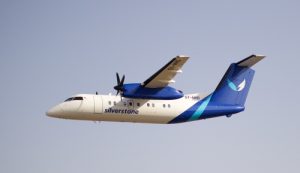