A Silverstone Air plane. The budget carrier is set to wind up its operations following security incidents.

Silverstone Air Services Limited is set to wind up its operations in the country following a spate of incidents that cast doubts on the budget carrier’s air safety.

On Tuesday, the airline issued a one-month redundancy notice effective November 18 to its pilots and crew as it plans to close shop following the Kenya Civil Aviation Authority’s (KCAA) decision to ground its Dash 8 fleet for a week.

“Silverstone Air Services Limited has become redundant. This decision has been made as a result of the recent decision by KCAA, thereby grounding our passenger services,” Silverstone told its pilots

“This has resulted in irreparable damage to the company’s brand equity as evidenced by mass cancellations of tickets. The company cannot, therefore, continue to operate commercially,” added Silverstone in the statement.

Silverstone further assured its staff that its decision has nothing to do with their productivity.

On October 28, KCAA suspended the carrier’s operations after a plane, a bombardier Dash 8-300, registration number 5YBWG belonging to Silverstone Air was forced to make an emergency landing at the Eldoret International Airport after a tire fell off shortly after takeoff from Lodwar Airstrip in Turkana County.

Days before that, a Silverstone aircraft (5Y-SMT) clipped an EASSAX aircraft at Wilson Airport shortly before takeoff.

On October 11, a Lamu bound Silverstone aircraft (5Y-IZO) carrying 50 passengers crashed at Wilson Airport. There were no fatalities. 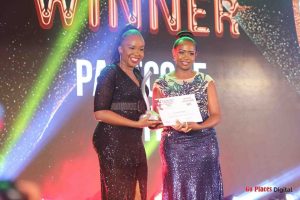