A Christmas tree decoration. Christmas Day is a smokescreen conspiracy that has been around for close to 2,000 years. [Photo/Business Insider]

It is the one simple question that will unsettle the so-called ‘staunch’ Christmas fanatics.

‘Was Jesus born on December 25? The look you’ll get for inquiring on such will be priceless and if looks could kill, you will have earned a spot on tomorrow’s paper obituaries listing.

We have witnessed centuries-old duping conspiracies like which day the Sabbath day falls on, humph!…don’t get me started on that, it’s a story for another day.

Christmas is the father of them all, a smokescreen conspiracy that has been around for close to 2,000 years.

Songs have been composed, Santa’s globetrotting escapades have been turned into Hollywood blockbusters, and well-wishers have visited countless orphanages.

Let’s cut to the chase and get into it.

There is no documented evidence that Christ was born on December 25th. Who decided that Jesus’ birth would be celebrated on that date?

The early Christian church did not celebrate Jesus’ birth. It wasn’t until AD 440 that the church officially proclaimed December 25 as the birth of Christ.

Easter used to be the most important holiday on the Christian calendar. However, as Christianity began to take hold in the Roman world, church leaders had to contend with a popular Roman pagan holiday commemorated as the “birthday of the unconquered sun” (natalis solis invicti)–the Roman name for the winter solstice.

Romans honoured the pagan god Saturn, the god of agriculture, with a festival that began on December 17 and usually ended on or around December 25 with a winter-solstice celebration in honour of the beginning of the new solar cycle.

The festival was known as a time of merrymaking, and families and friends would exchange gifts.

At the same time, Mithraism–worship of the ancient Persian god of light–was popular in the Roman army, and the cult held some of its most important rituals on the winter solstice.

After Roman Emperor Constantine legalized Christianity in 313 AD, church leaders made efforts to appropriate the winter-solstice holidays and thereby achieve a more seamless conversion to Christianity for the emperor’s subjects.

They didn’t want to inconvenience the Romans so much after all the Romans were their rulers.

So why on earth was the birth of the Messiah appointed to this fateful date?

The apostles in the Bible had predicted that some Christians would adopt pagan beliefs to enable them to make their religion more palatable to the pagans around them.

Just the same way we have ‘gospel’ musicians locally whose songs get played in nightclubs. Therefore, some scholars think the church chose the date of the pagan celebration to interest them in Christianity. The pagans were already used to celebrating on this date, the only thing they had to change was the meaning of the celebration and voila! It worked!.

Another evidence corroborating our case is Elizabeth, John’s mother.

She was the cousin of Mary mother of Jesus. John began his ministry in the 15th year of Tiberius Caesar. The minimum age for the ministry was 30. As Augustus died on August 19, A.D. 14, that was the accession year for Tiberius.

This seems to confirm the 2 B.C. date, and, since John was 5 months older, this also confirms an autumn birth date for Jesus.

Another interesting fact comes from Elizabeth herself.

She hid for five months and then the Angel Gabriel announced to Mary both Elizabeth’s condition and that Mary would also bear a son who would be called Jesus.

Some scholars interpret the 6 months to be in line with the Hebrew calendar or the August-September time frame. Since Mary’s pregnancy commenced a little before the sixth month around July, Jesus would be born between the months of March and July.

For how long will we allow ourselves to be conscripted into following dubious commemorations?

Additional info: All about Jesus Christ

Read >> The More Children the Slower the Ageing 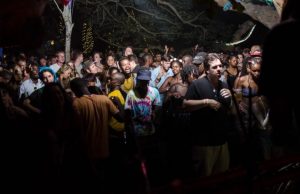