The event will be able to reduce greenhouse gas emissions of up to 90% compared to traditional diesel fuel. [ Photo / business today ]

Kenya is set to host its first Carbon Neutral Festival in Africa in Kilifi County, during this year’s Kilifi Festival.

The Festival, in its fourth year, has announced that the multicultural event will be carbon-offset for the very first time.

The organisers have also partnered with Kenyan-based company, Wildlife Works, in offsetting emissions through their Reducing Emissions from Deforestation and Forest Degradation project.

She says about 64 tonne(s) of carbon dioxide offset will go towards Kasigau Wildlife Corridor Project. The festival will run from December 30th to January 2nd 2020 with over 50 artists expected to grace three stages.

Some of the headlining local acts include Blinky Bill, Karun, Barak Jacuzzi, Vallerie Muthoni Ochungulo Family among others.

DJs expected on the show include Jack Rooster, Coco Em, Dj Paps, Dj Raph among others.

“Apart from the music, the attendees will also experience multicultural, with discussions of exchanging ideas, at the Kilifi New Year Festival. The festival is a hub facilitating round- table discussions touching on current issues such as Climate Emergency, LGBTQ Rights, Racism, Feminism and many more,” Kayanda added.

Tickets are available on sale online until December 27th and thereafter, they will be available at the venue door.

SEE >> Three Credit Lines to Take You Through December and January 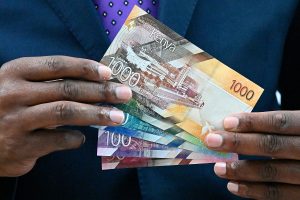