Adding to their previous three signings, the defending NSL champions have managed to secure the signature of Kenyan International and former Vihiga United captain Benard Ochieng. Ochieng’, who was part of Harambee Stars squad at AFCON, is a central defender and will be joining Captain Dennis Gicheru and Lloyd Wahome at the center to keep attacks at bay.

Before Ochieng’, Wazito had already secured the signatures of three new players. Joining ranks as striker is Derrick Otanga from Sony Sugar. The former Sony Sugar attacker scored 13 goals with Sony Sugar last season. Otanga started his football in a team called Headquarters in Nairobi’s Pipeline before joining Naivas FC in 2017. He later moved to Sony where he played for two seasons.

Omondi was the miller’s number one keeper and is hoping for an injury free season so that he can always be fit to ensure the team achieves the season’s target of clinching the KPL trophy. He started playing competitively in 2014 with Nairobi City Stars. He likes the confidence and style of play of Spanish goal keeper Iker Casillars and Germany’s Michael Neuer.

Commenting on the recruitment, Sporting Director Solomon Alubala said he is excited to secure the signatures and knows they fit well in the club’s ambitions.

Wazito began their conquest to become Kenya’s top football club when it was acquired by a dubai-based businessman, Ricardo Badoer. Among other changes at the club, Badoer ensured that the team gets a new bus and is also planning on  building a stadium for the team.

The team is still in celebration mood after winning the National Super League after facing stiff competition from Nairobi Stima and Kisumu Young Stars. Wazito are set to hold a party at Carnivore to celebrate their triumph in the NSL last season. Fans can join the party too but they will have to pay Ksh 1200 before doing so.

More signings are expected to be made by Wazito as they are targeting to win the Kenya Premier League next season. 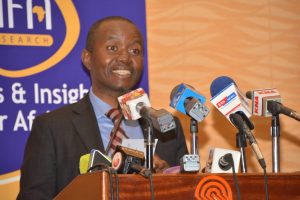