ICT Cabinet Secretary Joe Mucheru speaking during the release of the Media Landscape Report 2019 on Wednesday. The government has started paying up the massive debt owed to media houses.

Mainstream media houses are set to breath a sigh of relief as the government has announced that it will clear all outstanding debts owed to them by the Government Advertising Agency (GAA), a move that brings a protracted battle to an end.

Speaking during the release of the Media Landscape Report 2019 on Wednesday, ICT Cabinet Secretary Joe Mucheru said that the government has began the process of clearing the Ksh2.5 billion owed to the media following President Uhuru Kenyatta’s directive that national government accounting officers and county governments pay up all pending bills with the aim of restoring liquidity in the Kenyan economy.

“As government, we will continue to invest and ensure the Government Advertising Agency (GAA) pays on time as per the president’s directive. I am informed that Gitagama (Nation Media Group CEO Stephen Gitagama) knows that he will be paid today. We are actually paying billions of shillings at once,” said CS Mucheru.

“The aim of the agency was to strengthen and develop the advertising industry. We are now working with us to ensure that we are doing it in the right way and have communicated as much to media owners,” added Mucheru.

However, Mucheru took a swipe at the media houses for what he described as exaggerating the whole issue saying that the government accounts for 5% of the multi-billion advertising industry.

“This industry is driven by advertising and the media houses should realise that the government’s aim is to communicate to its people and not to necessarily advertise. We have many forms we can communicate through,” said Mucheru.

Media Council of Kenya (MCK) chief executive confirmed that the government has started paying up the media houses.

“In the past few months a lot of payments have been done. Upward of Ksh 1 billion. This latest payment I confirmed from Treasury is Ksh 1.2 billion..already released,” said Omwoyo in a contribution to a Whatsapp group for journalists and other media practitioners.

All media houses have faced tough financial times over the arrears which managers attributed to the government’s failure to pay up the dues.

In 2016, the Nation Media Group (NMG) had threatened to sue the government over a Ksh123 million debt owed to it by the State at the time. 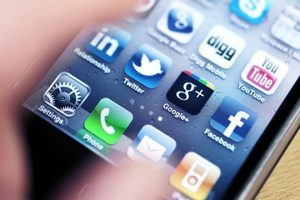