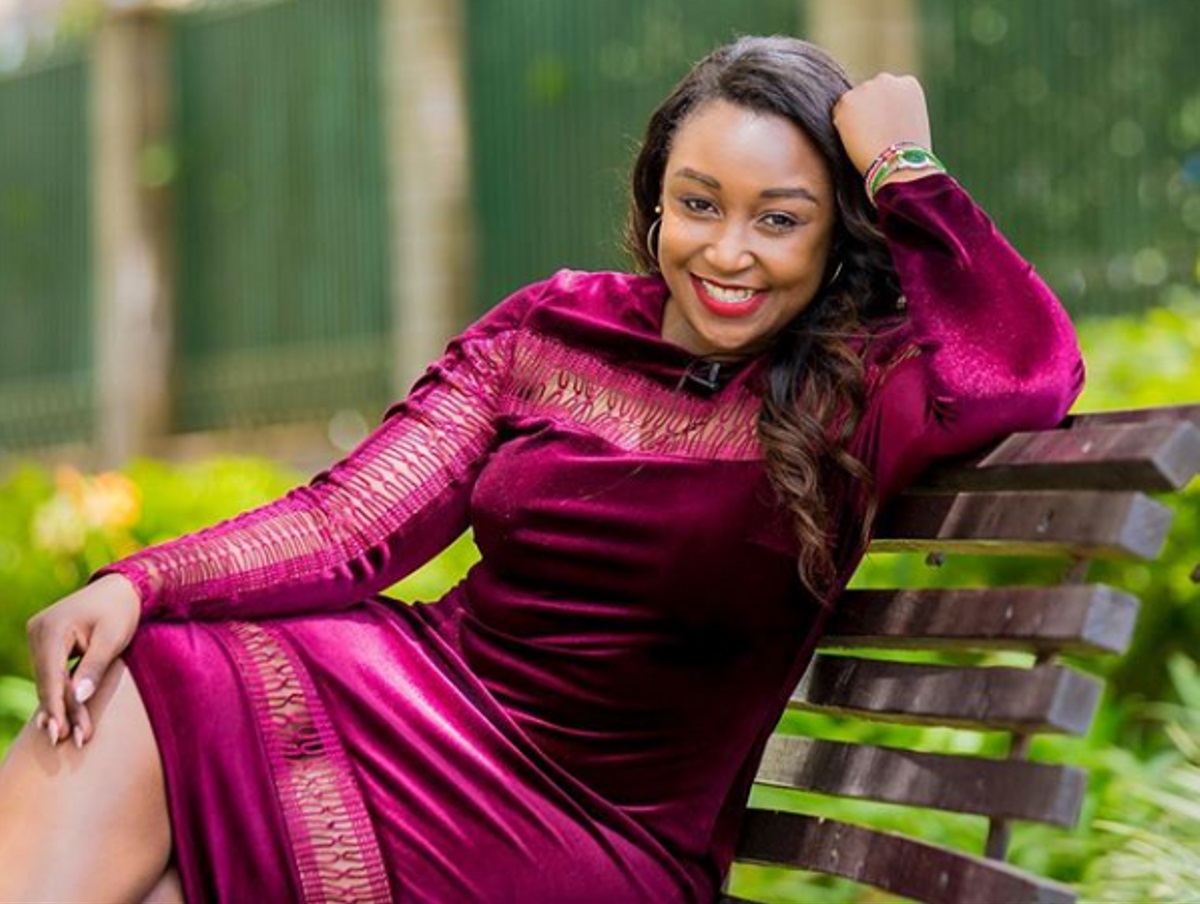 Accidents happen and in the best-case scenario if ever, survivors only have minor scrapes and a good story to tell ever after, probably.

However, some accidents leave some dead, maimed or in TV siren Betty Kyalo’s case, narrowly having escaped death and survived 7 surgeries to keep telling the story.

According to Betty, she was hit by a Matatu when she was in form three in 2005.

In an emotional recount, Betty says how when survived was by the grace of God and nothing more.

From this experience, she refers to herself as ‘miracle Betty’ in a story that many do not know.

“My whole left side of my face is scraped off including my neck so this part healed after a year…” she says.

In an episode on her Weekend with Betty, the sassy and bubbly TV presenter told Jalang’o that she was lucky to have survived the accident.

“When I was in form three, I was hit by a matatu at Railways. I went under the matatu it was still moving my face was being rubbed on the road,” she told the comedian.

Betty adds that the trauma was beyond what many could handle.

“My whole left side of the face was scraped off including my neck. But the neck was really injured because there was a metal hooked to the neck and it came out with flesh. I went through seven surgeries because I was completely broken my lungs, my jaw…so I’m a miracle Betty!”

While she doesn’t go into much detail of what happened, Betty says it took months to put her back together.

Having missed death by a whisker, Betty appreciates the finer things in life.

In a country where her lifestyle is only a dream for millions, Betty says that look good to her and which in turn make her look and feel great in them.

When making a decision on what car to buy, for instance, the news anchor says that this is influenced by how she will look in it.

“I want a sassy and a sexy car because I want to look good in it. To me it’s not just about being able to drive from point A to point B but doing it passionately,” she said.

Betty added saying that the car should be as beautiful as herself.

She has had a real struggle with online bullies but she has been taking it all in her stride.

Betty is no doubt among Kenya’s most popular personalities in media and her story may read like a fairy tale but she definitely has a story to tell.

Having survived an accident, 7 surgeries and still coming out stronger is a strong message that even now, her haters cannot break her.

Read >> Managing your brand effectively in this digital era