Popular TV anchor Betty Kyalo appears to be preparing for a new phase in her life as her debut on K24 fast approaches.

Kyalo, who previously never minded the attention her drama-filled life on and off the screen received from her fans and critics on social media, on Thursday took on those who kiss her off as a slay queen by posting a photo taken when she graduated from Daystar University in 2009 with a Bachelor of Arts degree in Mass Communication, Advertising and Marketing.

Though her brains are not in doubt, many of her critics have been of the view that she has gained prominence mainly because of her beauty and the controversies surrounding her social life – the celebrity marriage to NTV investigations editor and anchor Dennis Okari, which last six months, and a short-lived liaison with Mombasa Governor Hassan Joho.

Also on the plate is the bitter fallout with her previously best friend Susan Kaitany over the ownership of Posh Palace Hair Studio & Spa. She went on to open her own spa, Flair by Betty, opposite Kaitany’s along Lenana Road in Nairobi.

On Thursday, Kyalo also made a return to Twitter after lying low since September 7. What was interesting is the manner in which she deftly evaded being drawn into discussing reports that her ex-husband recently held a traditional wedding with another woman from Ukambani as well as Joho.

Ni sawa… But going with your statement can a private wedding be public? https://t.co/2PpT9cbzQ3

Whether this marks a transition in life remains to be seen. Kyalo is set to premiere on K24 on November 23 when she will take over the Weekend Edition. 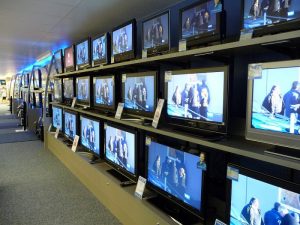