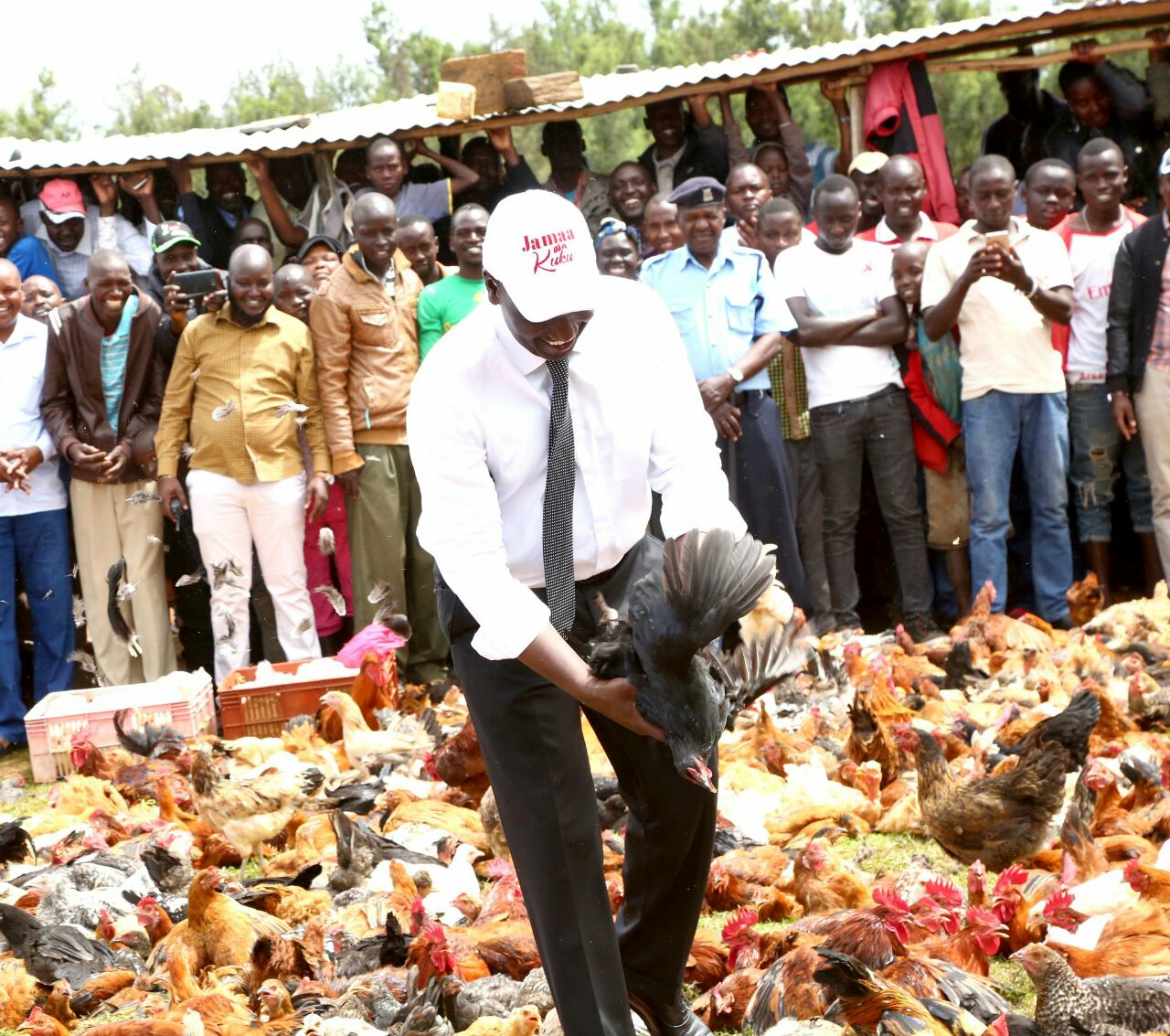 [dropcap]D[/dropcap]eputy President William Ruto on Saturday returned to Kambi Kuku where he spent his youthful days selling chicken to motorists in Uasin Gishu where he launched a chicken auction, the first of its kind in Kenya.

Ruto spent his days selling chicken to motorists at Kambi Kuku, a makeshift marketplace near bumps along Eldoret-Webuye road. Today, the DP engaged ‘hustlers’, listened to their stories and launched an auction for them to sell their chicken at better prices.

Ruto said he decided to launch the auction, in the area where he earned the nickname ‘hustler’, to boost poultry businesses by youth and women’s groups.

The activity, which raised Ksh6 million, brought together small-scale poultry farmers from Jua Kali, Turbo and their environs, with a total of 5,000 chickens sold at Ksh1,200 each. Ruto told the business people that the county government will help poultry farmers to form cooperative societies. This is so that middlemen, who exploit them by buying the chicken at lower prices, are eliminated.

The Deputy President noted poultry farming will lift women and youths out of poverty and improve their living standards. “Even the richest man on earth, Bill Gates, agrees that it is through poultry keeping that we can eliminate poverty.”

Ruto called upon the farmers to tap into modern rearing methods amid national efforts to achieve food security. He told them to use quality feeds, construct permanent brooder pens, improve storage facilities and venture into value addition.

RELATED: Teenager who makes millions from poultry in slums

The DP said the auction will be held yearly at a venue to be identified by the county government. Governor Jackson Mandago told farmers in the area to take advantage of the auction by investing in the sector. “Let’s invest in poultry to increase our productivity,” he said.