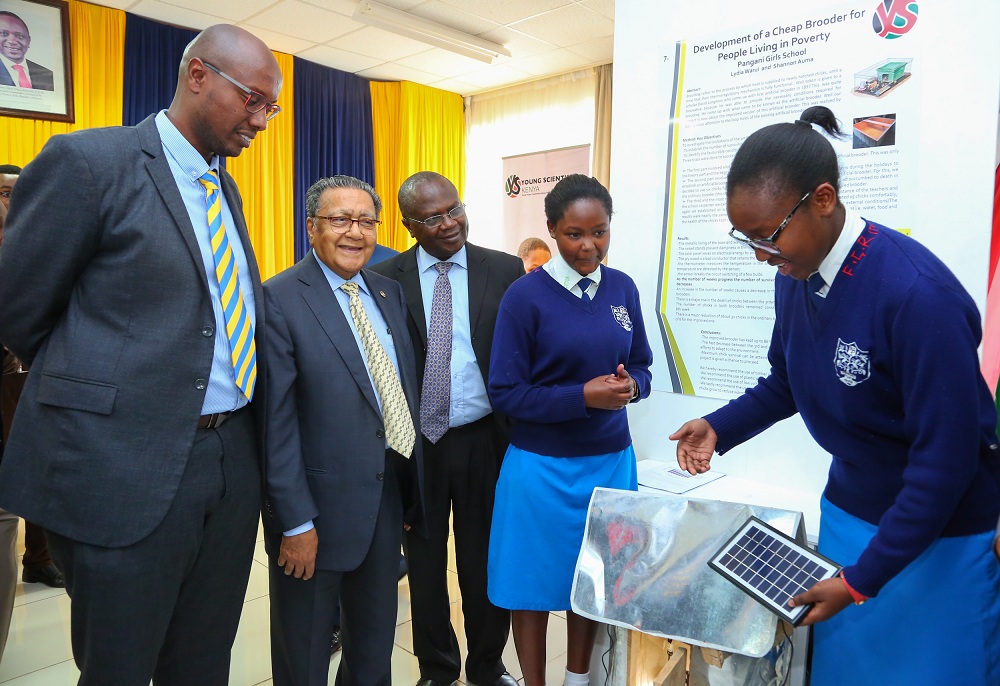 Young Scientists Kenya (YSK) has partnered with the ministry of E*******n, the Embassy of Ireland and BLAZE by Safaricom to hold the inaugural National Science and Technology Exhibition.

The exhibition, which will be held at the Kenyatta International Convention Centre on July 5th and 6th 2018, targets high school students with the aim of encouraging greater uptake of technology and science subjects under the theme Making STEM E*******n Accessible To All.

About 5,000 people are expected to attend the event, including 160 student exhibitors from 80 schools in 10 counties.

“I’m honoured to witness the expansion of the Young Scientists programme beyond Ireland to Kenya. Since its launch in Nairobi in July 2017, we have seen tremendous interest in it from students and their teachers, with the high school outreaches that have been taking place over the last few months birthing a well of ideas and future innovators that we expect to see at the conference,” said Prof John Tony Scott, Young Scientists and Technology Exhibitions Co-Founder.

YSK hopes to tap into the wealth of talent in secondary schools by popularizing science and technology through avenues such as the National Exhibition, with the aim of spurring innovation that seeks to provide sustainable solutions to societal challenges.

These efforts complement those of the ministry of E*******n, which has for the last 53 years coordinated the only science co-curriculum activity for Kenyan schools – the Secondary Schools Science Congress, now known as the Kenya Science and Engineering Fair (KSEF).

“Kenya is already recognised as a centre of innovation in Africa, and this initiative by YSK, BLAZE and other partners will undoubtedly play a significant role in grooming the next generation of innovators. I am glad to see the private and public sectors coming together to support the Government’s efforts in popularizing STEM courses, efforts which include setting up two STEM model schools in each of the 47 counties,” said E*******n Cabinet Secretary Dr Amina Mohammed.

YSK hopes to ride on the popularity of Safaricom’s youth network, BLAZE, to appeal to high school students and popularize STEM courses among this demographic.

“The National Exhibition will be powered by BLAZE, through a partnership with YSK that will help us achieve our vision of empowering youth by passions. We want to help change the perception that science, technology, engineering and math are tough, and make them more appealing to a generation that is benefitting greatly from mobile phones and the Internet, both of which are creations of science and technology,” said Charles Wanjohi, Head of Segments – Safaricom.

YSK will advance the learning of science in secondary schools by providing key links between them and tertiary level institutions.

“BTYSTE has contributed greatly to the uptake of science in secondary schools and the quality of its teaching in Ireland. It has also increased the uptake of STEM courses and helped attract foreign direct investment to Ireland. Going by the output we have seen so far from Kenyan students who have been part of the programme, I believe YSK will have a similar impact in Kenya and immensely contribute to the realization of Vision 2030,” said Dr. Vincent O’Neill, Irish Ambassador to Kenya.

The winners of the competition will be invited to engage with interested private sector companies and participate in international science and technology events.

Other partners in this initiative include the French Embassy, Institute of Physics (Ireland), Centre for Mathematics, Science and Technology E*******n in Africa (CEMASTEA), The National Commission for Science Technology and Innovation (NACOSTI), and Strathmore University among others.

YSK is inviting more partners to come on board in order to widen the initiative’s reach ahead of the national roll-out later this year.