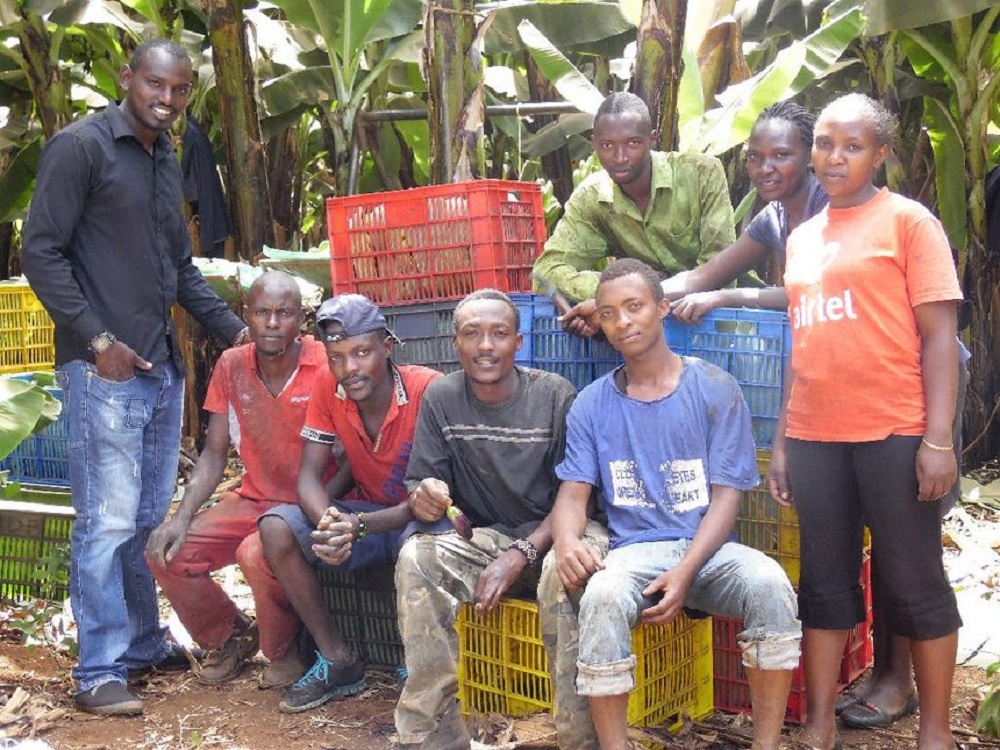 [dropcap]W[/dropcap]hen Francis Njoroge graduated with an engineering degree in Nairobi, he expected to earn a six-figure salary. Instead he found himself working as an electrician on a three-month contract, for Ksh 20,000 (about $200) per month.

Realising permanent and well-paid jobs were hard to come by in the Kenyan capital, he decided to move back to his parents’ farm in Kimandi, a village about 150km away, and start his own business planting and selling tree seedlings.

“My parents are tea and maize farmers and always managed to pay our school fees,” Njoroge told the Thomson Reuters Foundation, walking around the farm in dark blue overalls.

“So I thought rather than be frustrated in my job or not even have one, why not go into something I know will bring me money?”

Njoroge is not alone. Kenya has the highest rate of youth joblessness in East Africa, according to the World Bank, with nearly one in five young people who are eligible for work not finding jobs.

Poor job prospects and low pay in cities are pushing thousands of unemployed young people to return home and take up farming, said David Mugambi, a lecturer at Chuka University in central Kenya.

“Young people are increasingly realising that farming can pay off,” he explained.

Njoroge used his savings to buy seeds from the Kenya Forestry Research Institute after realising there was a shortage of seedlings among local farmers.

“At first I was making Ksh 7,000 ($70) a month by selling tree seedlings to a community organisation,” he added. “Three years later, I now earn more than 10 times that amount.”

Kenyan youth are not only turning to farming, they are bringing their digital skills with them to rural areas, according to Mugambi.

“For example, tech-savvy youth are very good at using mobile apps that tell them when to plant or what fertilisers to use,” he said.

Knowing very little about tree seedlings, Njoroge joined a WhatsApp group of 30 fellow farmers to learn about issues like growing conditions and fertilizers.

“I take pictures of my produce, upload them to WhatsApp with a price tag, and then take calls from interested buyers,” he explained.

Like Njoroge, Phillip Muriithi, a teaching graduate from Kenyatta University, left Nairobi to return to his parents’ farm about 200km northeast of the city, and now grow tomatoes and cabbages.

“I wanted to become a high school teacher but without a job or income I felt like a balloon drifting to nowhere,” he told the Thomson Reuters Foundation, standing in the middle of a field of green tomatoes in Mitunguu, central Kenya.

“Living in the city was so expensive,” he added. “But with farming I was assured of food, a small income, and didn’t have to pay rent.”

Muriithi also uses his mobile to keep a record of costs, fertilizers and profit, and to market his produce on WhatsApp groups.

“My phone allows me to reach a wider audience than if I were travelling to the market – it’s just made farming a lot easier,” he added.

The Kenyan government is trying to promote entrepreneurship among young people by improving their access to credit, said Mugambi.

The Uwezo Fund, for example, provides youth with grants and interest-free loans of up to Ksh 500,000 (about $5,000) to set up their own business.

But more investment is needed to make farming attractive to a wider range of young people, Mugambi added.

“Many youth still see returning home as a failure and farming as a lowly affair,” he said.

Njoroge agrees, saying his friends tried to discourage him from going into farming, which they saw as the preserve of “older, uneducated folk”.

Some regret making the switch to farming. Mary Wanjiku, a teaching graduate from Chuka University, who went home to grow tomatoes and onions, said her experience turned into a “nightmare”.

“The little capital I had got used up in buying fertilizers, manure and seeds, and I nearly lost my entire tomato harvest to an a****k by bacteria wilt,” she said, adding that she now sells second-hand clothes instead.

Muriithi’s advice is to “start small” to minimiSe any disappointment.

“I was really scared of failing so started with only a small chunk of land for the first two years,” he said. “But now my father is convinced of my success, he lets me use most of his eight-acre piece of land.” Story Credit: Thomson Reuters Foundation