Director of Public Prosecutions (DPP) Noordin Haji (left) and Director of Criminal Investigations (DCI) George Kinoti share a moment after appearing before the Senate Justice and Legal affairs Committee on August 29, 2018 where they spoke on the progress made in the multi-agency fight against corruption and economic crimes. Photo: The Star

Before politics derailed the war on corruption, Director of Public Prosecutions (DPP) Noordin Haji was asked whether he feares for his life during a TV interview. In his characteristic calm demeanour, the country’s top prosecutor said that if he was destined to die, he would eventually do so because everyone has an expiry date.

At the time, Haji and Director of Criminal Investigations (DCI) George Kinoti had breathed new life into the war on graft as President Uhuru Kenyatta gathered political capital required to support the two.

In their quest to rid the country of a monster which has at times threatened to cripple the economy, Haji and Kinoti would later be joined by former intelligence man Twalib Mbarak, who formed the last part of the jigsaw after he was appointed the CEO of the Ethics and Anti-Corruption Commission (EACC).

The arrests and prosecutions of high profile individuals who would later be charged with theft of public funds was an instant hit with the public, gusto was written all over Haji and Kinoti’s intention to nail the ‘big fish’.

During a roundtable interview with journalists in December last year, President Kenyatta was asked how he rates the success of the war on corruption  in a closed-ended question. He boldly answered “convictions”.

But that is the problem, there hasn’t been any high profile convictions just yet which is attributable to a number of reasons.

Veteran lawyer Paul Mwangi, who is also a close confidant of Orange Democratic Party Leader (ODM) Raila Odinga, has not shied from criticising the Judiciary for failing the war on corruption and has called for a radical surgery of the institution if Kenya is to be called a graft-free country one day.

During his State of The Nation (SoTN) address to the country in April this year, under pressure from the media and the public to purge his graft riddled cabinet amid protests by his deputy William Ruto that his allies have been the main target, President Kenyatta warned that the war on corruption must be done within the confines of the law and dismissed any possible attempt to administer what he described as ‘vigilante justice’.

“I must, however, caution that the pursuit of the corrupt will be undertaken strictly within the remits of the law and not through vigilante justice and pitchfork protest. Though media narratives rally our resolve, as they should, our actions will not be based on condemnation before one has been heard.” said the President.

Before the SoTN address,  Ruto had led a vicious political protest over the manner in which the war on corruption was being driven. He formed a public opinion that Kinoti and Haji were leading a war to block him from succeeding President Kenyatta in 2022.

His allies borrowed from the script but they were less diplomatic in calling out the DCI and the DPP for allegedly targeting their man.

Kinoti on the other hand was relentless and promised to send big fish to Kamiti Maximum Prison over sleaze.

Recent fake gold and counterfeit currency busts have done little to convince Kenyans that that the more important war is still on track.

Currently, Kenyans are now being treated to political drama as the two main political ideology formations, Tanga Tanga and Kieleweke continue to trade barbs, They are waiting to see whether their attention will be redirected to issues that actually matter anytime soon. 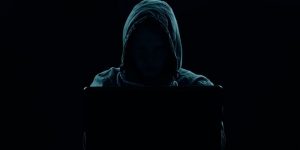