President Uhuru Kenyatta says he expects the resources to be put to the best use to make the country both prosperous and to ensure poverty is eliminated.

President Uhuru Kenyatta and Deputy President William Ruto are on the receiving end of Kenyans’ wrath after reports revealed that their salaries are set to adjust up 3.9% after they were slashed in 2017.

Treasury documents show that the annual salaries of the two men at the helm of the country’s political leadership inclusive of their basic pay and allowances are set to increase to Ksh38 million from Ksh36.6 million two years after they were trimmed as a way of reducing the country’s enormous wage bill.

Critics are likely to question why the President’s salary is being increased while he has in the past castigated MPs for their penchant for increasing their salaries at the taxpayers expense.

Speaking during a Rais Mashinani tour in Gachie, Kiambu County on December 7, 2018 President Kenyatta vowed that he would not sign any bill seeking to deepen the legislators’ pockets.

“In my interactions with Kenyans, I have established that Kenyans are fed up of MPs who constantly increase their salaries. I want to categorically state that I am with the public on this one, once that bill is brought to me I will not sign it,” said the president.

Currently, MPs are living rent free at the expense of the taxpayer. Reports reveal that the legislators have pocketed Ksh1 billion in house allowances via a proclamation forced through the floor of the house despite warnings from SRC and Treasury.

On September 14 last year, President Kenyatta also announced that the government would be effecting a wide range of austerity measures also in a bid to tame the ballooning wage bill.

The proposed austerity measures included cutting on: foreign and domestic travel costs incurred by lawmakers as well as training and seminars.

In 2014, President Kenyatta had also announced that he together with his deputy would be taking a 20% pay cut while cabinet and principal secretaries would take a 10% pay cut.

The pay cut that the president, his deputy and members of the cabinet promised to take in 2014 was effected in 2015 but the move only saved the government Ksh70 million. 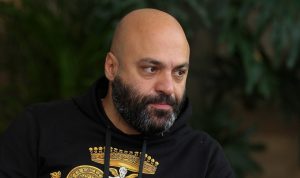 Ricardo Badoer sets sights on buying a bank in Uganda
Dubai-based investor, Ricardo Badoer, has set his eyes on the…