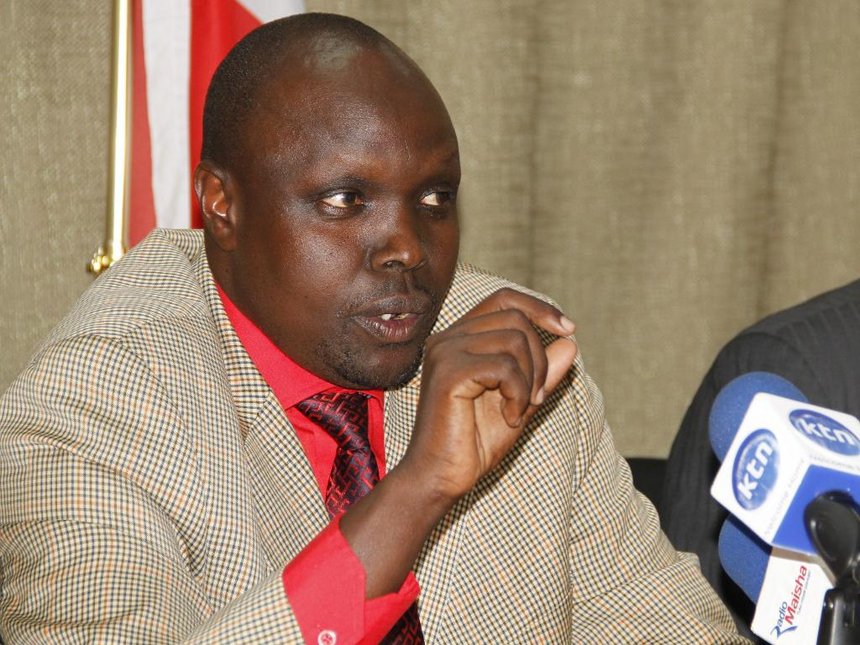 Pokot South MP David Pkosing gestures during a past press conference. The National Assembly Transport Comittee which he chairs has shot down the JKIA takeover plan proposed by Kenya Airways

It is now official, the Kenya Airways’ (KQ) Privately Initiated Investment Proposal (PIIP) to Kenya Airports Authority (KAA) that sought to have the airline manage the Jomo Kenyatta International Airport (JKIA) will not be taking off.

On Tuesday, The National Assembly’s Transport, Public Works and Housing Committee dealt a blow to the concession proposal by expressing serious doubts over the airline’s capacity to run the airport, the committee in its draft report wants the government to nationalise Kenya Airways.

“Kenya Airways has not demonstrated that it has the financial capacity, relevant experience and the relevant expertise to manage JKIA as required by section 23 of the Public Private Partnerships Act,” reads one of the committee’s observations.

The David Pkosing led committee also observed that the proposed role of KQ in the concession proposal creates a conflict of interest with regard to its dealings with other airline operators at JKIA and may lead to the oppression of such operators.

Legislators also observed that the implementation of the concession would result in the loss of the regulatory certificate to operate JKIA and the last point of departure clearance Kenya enjoys with regard to its direct flights to the United States noting that it would take years for Kenya to be audited again and be granted similar approval.

MPs also faulted the the current remuneration of the KQ management, senior staff and pilots which they said is relatively high and does not accord with the financial performance of the company.

Pkosing’s committee also expressed reservations on the airline’s over-reliance on expatriates to run its operations.

The constant leaks from KQ are linked to Kenyan managers who are said to be disillusioned with Mikosz leadership.

Mikosz brought on board Polish managers in 2017. It is alleged that the Kenyan managers were sidelined by the Polish management creating a Polish-Kenyan struggle for power.