Outgoing KQ MD Sebastian Mikosz and Chairman Micheal Joseph during a past company event. The two have lost the bid to takeover JKIA.

Queried on their spirited efforts to takeover Jomo Kenyatta International Airport (JKIA), outgoing Kenya Airways Managing Director Sebastian Mikosz and Chairman Micheal Joseph have on more than one occasion stated that was the only way to pull out the loss making national airline from the red.

However on Tuesday, the two suffered a blow when the National Assembly Committee on Transport, Public Works and Housing threw out the proposal by the managers and instead recommended that the government nationalise Kenya Airways by establishing a holding entity with four subsidiaries including JKIA, the Kenya Airports Authority (KAA), Kenya Airways and the Aviation Services College.

Committee Chairperson David Pkosing (Pokot South MP) said that nationalising the airline was the only way to rescue the company and protect KQ from fierce competition from regional competitors including Ethiopia Airlines which enjoys massive support from its government.

“We rejected the proposal by KQ because that would mean that with KQ being a private company, the people of Kenya will be giving their money to private individuals who are the shareholders of KQ.  That was not going to be tenable,” said Pkosing during an interview with a local TV station on Tuesday.

The committee has also recommended that once the holding company is established, the mandate of the KAA be revised to managing all other airports and airstrips.

It has also been recommended that the resources of the holding company and revenue generated from its resources be utilised for the mutual benefit and development of its subsidiaries.

Conversely, the committee also recommended that the government undertakes a staff rationalization programme with a view of retaining existing staff and harmonizing their terms of service and remuneration of employees who will be working under the Aviation Holding Company, including a review of the existing Collective Bargaining Agreements.

Upon nationalization of KQ, the committee also wants the government to review the aircraft leasing agreements entered into by KQ with a view to renegotiating better terms on account of the consolidated balance sheet of the Aviation Holding Company amid claims that the national carrier had entered into several inflated airplane leasing agreements which have been pointed out as one of the potential reasons for the airline’s financial difficulties.

The MPs also want all Air Navigation Services to remain within the exclusive mandate of the Kenya Civil
Aviation Authority. KCAA, in addition has been backed to be the body to collect en-route charges and aerodrome and approach charges.

Pkosing’s committee also wants the holding company to be granted favourable tax concessions in order to enable Kenya Airways to compete favourably with its competitors.

The takeover has been a hot political potato.

In March, the Kenya Aviation Workers Union (KAWU) mobilised its members to a strike who brought operations at JKIA at a standstill protesting possible job losses.

In his submissions to MPs,KAA Managing Director Jonny Andersen  also poured cold water on the proposal since as of March 31, 2019 KQ owed KAA more than Ksh5.4 billion in unpaid passenger service charges alongside a flurry of other charges.

Kenya Civil Aviation Authority (KCAA) Director General Dr Gilbert Kibe also told parliament that the loss of revenue by KAA would negatively impact on the development of other airports in Kenya and slow the growth of domestic aviation.

During the airline’s Annual General Meeting (AGM) at Pride Centre Nairobi, on June 10,  Mr Joseph stated that the airline’s top brass was waiting on parliament to chart the way forward lamenting that the takeover bid had been hugely politicised. 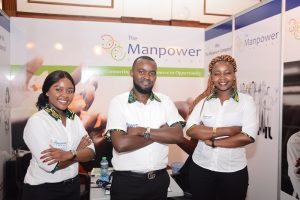