Jomo Kenyatta International Airport in Nairobi. Kenya Airways has pulled out of plans to take over management of the airport. [Photo/Business Today/File]

The National Assembly has halted Kenya Airports Authority’s the award after of contract to a transaction advisor in the takeover bid for Jomo Kenyatta International Airport by Kenya Airways. The advisor was to be paid Ksh 150 million for the job.

However, Public Investments Committee chairman Abdulswamad Nassir said the process should be halted pending a forensic audit of the procurement of the contract by Auditor General Edward Ouko.

Last week, the legislators summoned Awuondo who doubles up as the Managing Director of NIC, which is planning a merger with the Kenyatta family-owned Commercial Bank of Africa (CBA), to explain his interest in the deal after Kenya Airways acquired a Ksh 5 billion loan from the bank.

The MPs  branded the takeover bid, which has been approved by the Cabinet, as suspect and want Awuondo to shed more light on the matter.

Making the bid more trick is the fact that both NIC Bank and CBA are part of  the KQ Lenders Company, which took over a 38.1% stake in the airline in 2017 through the conversion of their Ksh 17.3 billion debt to equity. KQ owed NIC and CBA Ksh 2.1 billion and Ksh 3.1 billion respectively.

During Thursday’s session, MPs queried the why KAA decided to award the contract through restricted tender citing that they had given conflicting reasons.

According to Capital FM, KAA CEO Johnny Andersen had initially claimed that they resorted to the single sourcing because there was no other body which could perform the task.

Andersen told the Committee that KAA was not privy to the discussions on the merger between the two entities.

The PIC will on Tuesday meet with Principal Secretaries Alex Maringa and Esther Koimett so that they confirm if the JKIA takeover proposal stems from a Cabinet memo.

The duo separately in June and October last year wrote to KAA instructing them to fast track the takeover in order to salvage business for the national carrier.

MPs Chris Wamalwa and Amin demanded that the two PSs produce the Cabinet memo that initiated the talks on the takeover.

Despite KAA lawyers warning that the takeover proposal was a ‘bad deal’, Koimett, the Transport PS, apparently directed KAA to finalise the merger as soon as possible and this resulted in the direct procurement of the advisory firm.

Andersen refuted the allegations from MPs that KAA wrote to the ministry with a proposal to initiate the takeover.

“I did not see the Cabinet memo and when I requested if I could see a copy of it I was told that Cabinet memos are always confidential,” he noted. 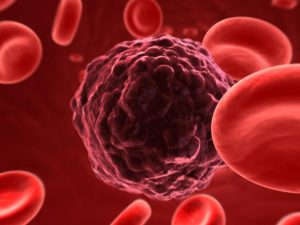