Hussein Mohammed wasn’t all perfect as a talk show host, many are times he could not pin down guests. [ photo / internet ]

Hussein Mohammed, the former Citizen TV talk show host and news anchor, left in style. He was feted by his colleagues and boys live on TV and even honoured with a cake branded in the name of the show he hosted, Newsnight.

A lot has been written about his exit, but less has been said about the life-changing lessons his tenure offered not only for journalists but also for other employees in Kenya as well as employers.

Simplicity: Hussein Mohammed is certainly an icon of humility in media. He has a combination of persistence, professionalism and calmness that result in a humble but ‘stubborn’ journalist.

He somehow was not sucked into the celebrity and or socialite allure that most of his peers thrive on. This is telling. You can still shine on screen or radio without spamming your audiences and followers with your life’s activities.

Hard work pays: Hussein was clearly a hard-worker and a go-getter, according to those who have worked with him. After college, he struggled to get internship at a time when media space was still constrained.

After many rejects, he got a chance at the now-defunct Kenya Times. He would years later find his way to Citizen TV where he started off as a political reporter and rose up through sheer grit to a news anchor and celebrated talk show host.

Family is everything: Not many journalists are not known to value family, let alone marriage. Media is, for the most part, a showbiz industry and those who make a name soon find themselves prisoners of freestyle living that’s fuelled by celebrity events, free alcohol, trips and other junkets.

Many realize the illusion of it when it’s too late. Little wonder divorce rates are higher among media personalities.

Hussein Mohamed got married in 2014 to Malyun at the Masjid Nur in South C in a traditional Islamic ceremony.

And when his last day came at Citizen TV, he acknowledged her prominently. In case you missed it up there, here is what he said on live TV: “I support and appreciate the support and guidance of …. And, of course, my family. Always. Especially my dear wife who has been my support system all through.”

As his case shows, family can offer the foundation to grow and build your career.

Leave a legacy: We work to make money, but we need also to work towards building a legacy. This requires working for something more than money. First, it’s activating your passion for the job, and then doing it so diligently that it’s hard for people not to notice. The big lot works for money and fame. No legacy. When they leave, they are quickly forgotten.

Never burn bridges: The script in media is simple. When you get a new job, it’s your opportunity to hit back at your current employer/boss who, given a chance, would toss you out without blinking. There are cases of journalists who have walked out without the requisite notice just because they can afford to pay up or the new employer can handle the penalties.

That burns bridges. Do it like Hussein: serve notice fully, and the employer will always have a chance for you in future in case you need to come back. And in Hussein’s case, offer you a chance to say a word to your clients and fans.

Now listen to what Royal Media Services CEO, Waruru Wachira said of him, “You and I have spoken a lot about your departure and you know how much we as a company have valued your contribution. You are a hard worker, committed and above all a man of integrity. I believe as you progress in the future you will do well. All the best Hussein.”

Embrace your critics: Your enemies and critics are what will keep your star shining. Not your fans and sycophants. Critics often point out weaknesses you can improve on. Enemies give you reason to be stronger and smarter.

Simply turn criticism into learning opportunities. Hussein Mohammed wasn’t all perfect as a talk show host, many are times he could not pin down guests. Good examples are his interviews with DP William Ruto and Anne Waiguru, among others, which looked like cleaning ceremonies.

Hussein Mohammed wasn’t all perfect as a talk show host, many are times he could not pin down guests.

He did not fret. Instead, he moved on to sharpen his interview skills.

Mentor others: This is the test most stars fail miserably, even outside media circles. They often suppress anyone they imagine could outshine them. They are always insecure and get locked up in their own cycle of trying to remain relevant.

Not sure if Hussein mentored anyone at RMS, not to become like him but just optimize their talents. If he did, well and good; if he didn’t too bad.

Loyalty pays: Check our TV screens. You bet you have seen the person reading news on a different channel before, and not so long ago. Media is that fluid. Movements of star presenters and reporters/editors are swift. Some moves are good for professional growth while others have turned out to be career killers.

A few of those who remain loyal for long eventually reap the fruits. Hussein rose from reporter to a towering figure. 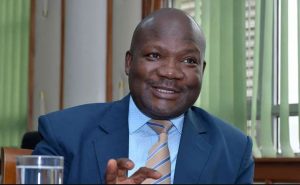 KETRACO Digitizes Procurement Systems: Will Move Stop Theft at Scandal Riddled Firm?
KETRACO says it has digitized its procurement processes via an…