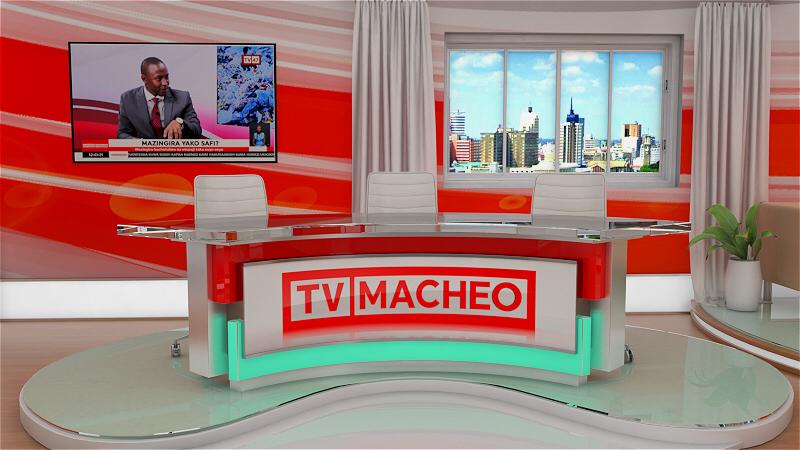 TV47 Studios. The broadcaster is set to launch a new bureau at the Coast which it is couching as the best in the history of Kenya.

TV47, the fast rising broadcaster owned by Mount Kenya University (MKU) Founder Prof. Simon Gicharu is set to launch its Mombasa bureau on Friday as Cape Media, the stable that owns the station aspires to reach the levels of Citizen TV and KTN.

In a statement issued Tuesday, the broadcaster revealed that the bureau will be complete with a “never-before-seen ultra-modern studio” in Kenya.

According to the broadcaster, the Mombasa bureau will serve as the nerve centre of providing extensive coverage of the Coastal region and bringing special stories from Mombasa, Kilifi, Kwale, Lamu, Taita Taveta, and Tana River Counties.

This comes just a month after TV47 onboarded on DStv, part of its wider strategy to widen its reach across Kenya.

The Coastal region is key for any broadcaster with lofty aspirations. The region tends to be a goldmine for features as well as political, crime, and investigative stories.

For instance, the countries biggest investigative stories on drugs have been sourced from the region including Paruwanja La Mihadarati, an investigative piece exposing the circumstances leading to the death of a GSU officer tasked with keeping drugs seized by the government away from druglords who died mysteriously and the possible involvement of the Margaryan brothers in the saga.

Citizen TV has Francis Mtalaki as its Senior Coastal region Correspondent, NTV has Kevin Mutai stationed at the Coast while KTN has Tobias Chanji.

TV47 recently hired former NTV journalist Lolani Kalu as a senior journalist covering the region, a move which was however triggered by images on social media that showed the respected journalist interviewing a person wearing TV47 branded clothes.

The last TV rankings by research firm Geopoll showed that Citizen TV enjoys the most viewership in the country followed by KTN Home, KTN News, and NTV respectively.

Citizen TV in particular has retained top spot and enjoyed massive viewership since it was relaunched in 2006.

TV47 is attempting to close the gap between itself and the market leaders and laying the groundwork for possible disruption of the order in future.

The broadcaster earlier this year recruited experienced editors, directors, presenters and analysts with the intention of growing its market share.

Launching the Mombasa bureau could prove instrumental in realising these goals.

Diamond Trust Bank Steals One on Rivals Ahead of Black Friday