Herman Manyora, a lecturer at the University of Nairobi, has curved a niche in the media world as a frank, level-headed and up-to-scratch political and current affairs commentator. [ Photo / Kenyan Report ]

Herman Manyora, the pre-eminent political analyst known to speak his mind, has found a new home at TV47, Kenya’s fastest-growing TV station. It is understood that Mr Manyora has signed a one-year deal as TV47 resident analyst.

The TV station, owned by MKU founder Dr Simon Gicharu, plans to launch a powerful and thought-provoking political show to be hosted by news anchor Abubakar Abdullahi. The show will feature prominent analysts and guests.

Mr Manyora, a lecturer at the University of Nairobi, has carved himself a niche in the media world as a frank, level-headed and up-to-scratch political and current affairs commentator. In fact, he has over the past few years become a constant feature on mainstream TV stations with his analysis and political postulations coming to pass.

Now all that knowledge and information will be exclusive to TV47, giving the TV station a head start as the political temperatures heat up ahead of the 2022 general elections. Political analysis is a key component of TV programming menu. Currently, there are many political analysts on air, majority of them me-also types often on the take to push certain political agenda.

Herman Manyora gives a number of political analysts a run for their money, including Prof Edward Kisiang’ani and Mutahi Ngunyi among others. Political analysis gives a TV station an edge over competitors as audiences appreciate quality political debate and analysis. Engaging analysts can pull in audience for a TV station but are hard to come by in a society where personal interest triumphs over fair comment.

The entry of Herman Manyora is part of programme revamp after the exit of TV47 CEO Eugene Anangwe, who is understood to have been pushed out by the board of CapeMedia, the company that runs TV47. Since its relaunch in February this year, TV47 has been attracting top talent and audience as it seeks to unseat the big boys in the mainstream television market.

TV47 has a presence in all 47 counties in Kenya and has positioned itself in telling ‘Untold stories’. It officially started operations on 14th February 2020, after piloting its programmes and infrastructure for six months.

NEXT READ >> Government Sets Tough Conditions for Schools to Reopen 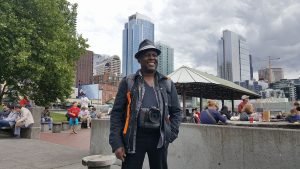