In television, Citizen TV owned by Royal Media Services (RMS) remains the biggest TV station in the country by a mile. In the first quarter of 2022, it controlled 24.03% market share – more than double its closest competitor NTV which had 9.46%.

Kikuyu TV station Inooro TV was the only vernacular station in the top 10, in seventh with 4.82% of the market. Inooro falls under the Royal Media Services (RMS) umbrella.

Struggling national broadcaster KBC was ranked eighth with 4.26% market share. It recently undertook a major rebranding exercise in a bid to win viewers over.

Al Jazeera was the only international channel in the top 10. It ranked 9th with 3.84%. Music and entertainment channel Kiss TV closed the top 10 with 3.39% of the market.

See the data by GeoPoll below: 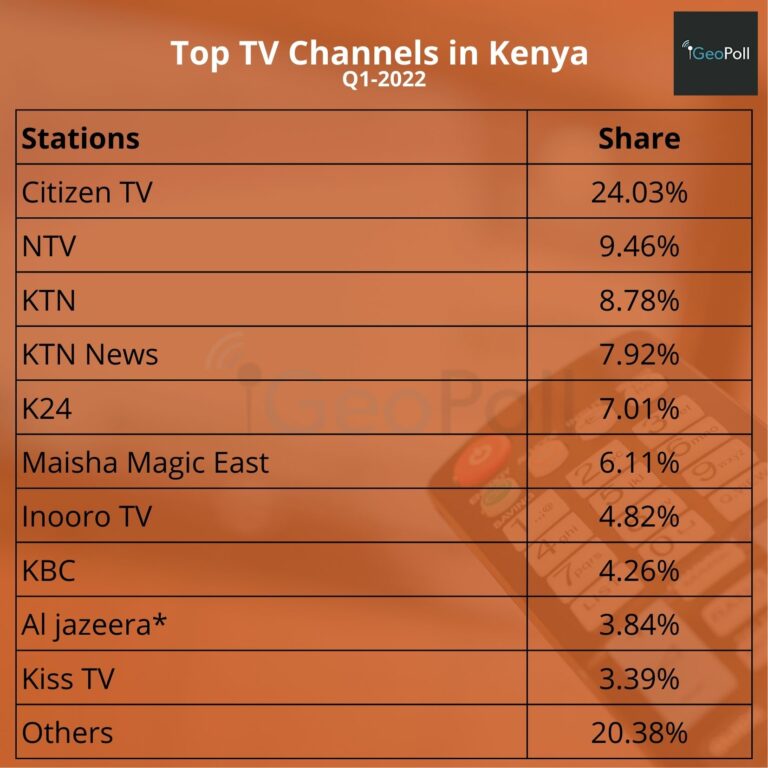