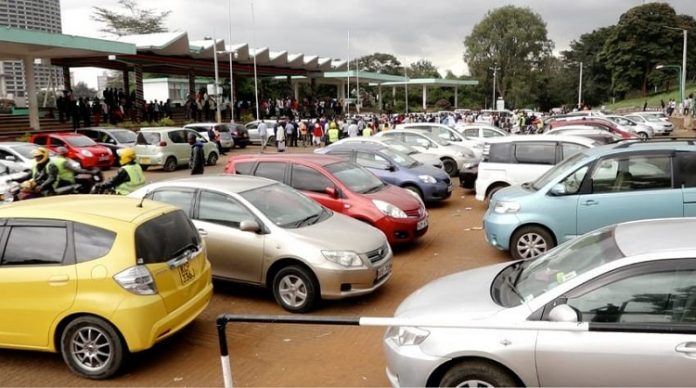 Taxi hailing apps’ drivers made good their threat and downed their tools on Monday following the collapse of a return-to-work Memorandum of Understanding (MOU) that they reached with taxi firms in July 2018.

Drivers from dominant players such as Uber, Bolt (formerly known as Taxify) and Little Cab have accused the companies of backtracking on the deal that saw them return to work after thrashing a deal with the firms last year.

Taxi Drivers and Partners Association of Kenya Secretary General, Waweru Jamaicah alleged that the firms take up a bigger percentage than agreed last year leaving the drivers with meagre earnings and are now demanding for better working conditions and a better pricing formula in the new MOU.

“We are sorry to inform you that you will not enjoy taxi hailing services as from July,15. All our drivers who put in shifts for Uber, Taxify and all other apps will not be operating from then. Plan accordingly to avoid any inconveniences,” said Waweru in a statement.

Drivers represented by the Digital Taxi Forum (DTF) have already written to the Ministry of Transport lamenting that nothing substantial has come out of the MOU despite numerous negotiations.

John Kimani, the President of the Digital Taxi Forum (DTF)  said that they will remain on strike until an agreement that will be acceptable to all parties and stakeholders involved is reached.

“We have no other recourse than to begin our indefinite strike. We will be picketing and holding peaceful demonstrations on a daily basis until our concerns are addressed,” said Kimani.

On Sunday, Jamaicah issued a notice for the strike calling for better working terms, a sustainable business model and the introduction of online taxi regulations.

In July, 2018, the firms had agreed to review the pricing of trips upwards to promote their drivers’ welfare which is the main sticking point.

The firms had also agreed to offer better compensation packages to their drivers through adjustments of both commissions charged on the driver’s earnings and the customer charge per kilometre.

The Ministry of Transport mandated the National Transport and Safety Authority (NTSA) with managing the MOU and ensuring its implementation.