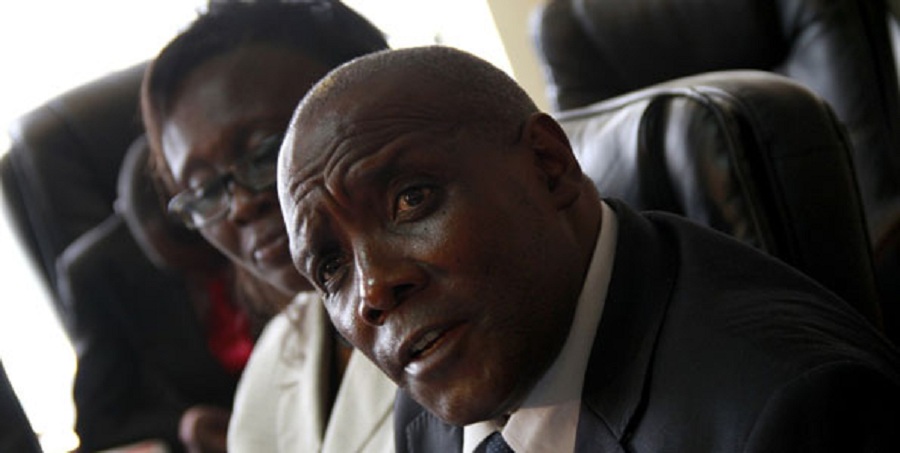 Embattled National Lands Commission (NLC) chairman Mohamed Swazuri has accused some sections of the media of intimidating the commission through the Ruaraka land saga.

He said the intimidation are meant to see that his commission fails on its mandate to support President Uhuru Kenyatta’s Big 4 Agenda.

Swazuri accused the media of misguided reporting which has painted the commission in bad light.

He said there were even some who want him to resign insisting that he is a patriotic, brave Kenyan and will not be cowed into resignation.

“I am a patriotic Kenyan and nothing you are going to say will make me leave my job. What you people are trying to do is to intimidate the Commission so that it does not work but we are committed to the big4 agenda by President Uhuru Kenyatta and no level of intimidation is going to stop us from doing our mandate,” said Swazuri.

The seemingly agitated Swazuri, while addressing a press conference today, said the commission had been giving facts about the land which the media has chosen to ignore and relied on their own sources of information.

“Records from the Ministry of Lands and Physical Planning clearly indicate that as at March 28, 1984 the registered owner of the property was Afrison Export Import Limited who had objected to the conditional approval of the sub-division to the land by the Nairobi City Council and thus cancelled the request by a letter,” explained Swazuri.

“The GSU housing project on the same land was paid for, Thika Superhighway took part of the land and was also paid for same as well as parts of Outer Ring road, why didn’t people raise issues then?” he posed.

A judgement was delivered in 2012 and the owner was awarded Ksh 4.1 billion, that judgement supersedes everything else since it has not been appealed,” fumed Swazuri.

He explained that in the same year a parliamentary committee headed by Fred Kapondi said the land is private and ordered for payment.

“So you are saying the court was wrong, parliament was wrong and Ministry of Lands records are wrong and the hearsay is right; we are not going to accept that,” exclaimed Swazuri.

Swazuri said that the commission had been drawn to the various media reports over the Ruraka land issue which has continued to give misleading information to the public and the correct position needs to be communicated.

“The commission was first made aware of the matter in July 2015 where the complainant Afrison Export Import Limited sort its intervention stating that its land had been illegally occupied and has contested it for over 30 years unsuccessfully,” he explained.

Swazuri said the E*******n Cabinet Secretary upon receiving their letter seeking more information in line with section 6 of the NLC act wrote to the NLC on March 17, 2017 acknowledging the complaint that some government schools were on private land in question and asked them to acquire the land.

“The AG on July 7, 2017 wrote an advisory opinion confirming public interest on the land and need for compulsory acquisition since the school was on private land,” said Swazuri.