On October 6th 2021, a claim that Weston Hotel in Nairobi, which is linked to Deputy President William Ruto, was set for demolition. A Twitter account associated with Kapseret MP, Oscar Sudi, claimed there were plans to demolish the Lang’ata Road-based hotel on Wednesday night.

In his tweet, the MP posted photos of a bulldozer bundled onto a carrier car. “The Deep State are indeed cornered. They have today decided to express their fury by demolishing Weston Hotel,” Sudi said in his tweet. Lang’ata MP Nixon Korir also shared a similar post, which grew into the trending hashtag #DemolishWestonHotel. 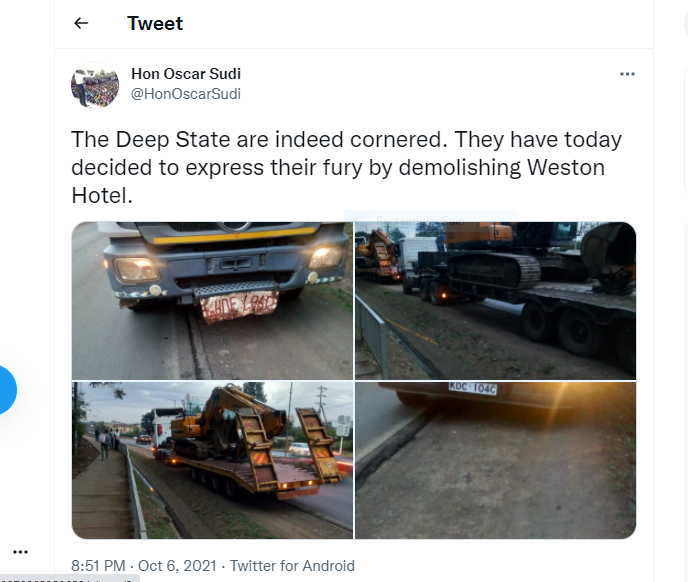 Business Today did a fact-check on the claim and found it to be a hoax. Two days after the claim, Weston Hotel is still operating and no reports of demolition.

The hotel’s management issued a statement dismissing the reports. It clarified that its services were running normally, and urged the public to disregard the reports.

“Following numerous comments and enquiries from concerned stakeholders, friends and customers,” Weston Hotel Management said in the statement, “we would like to clarify and assure our esteemed guests and the general public that the hotel operations are running smoothly without any interruption. Any contrary information should be disregarded.” 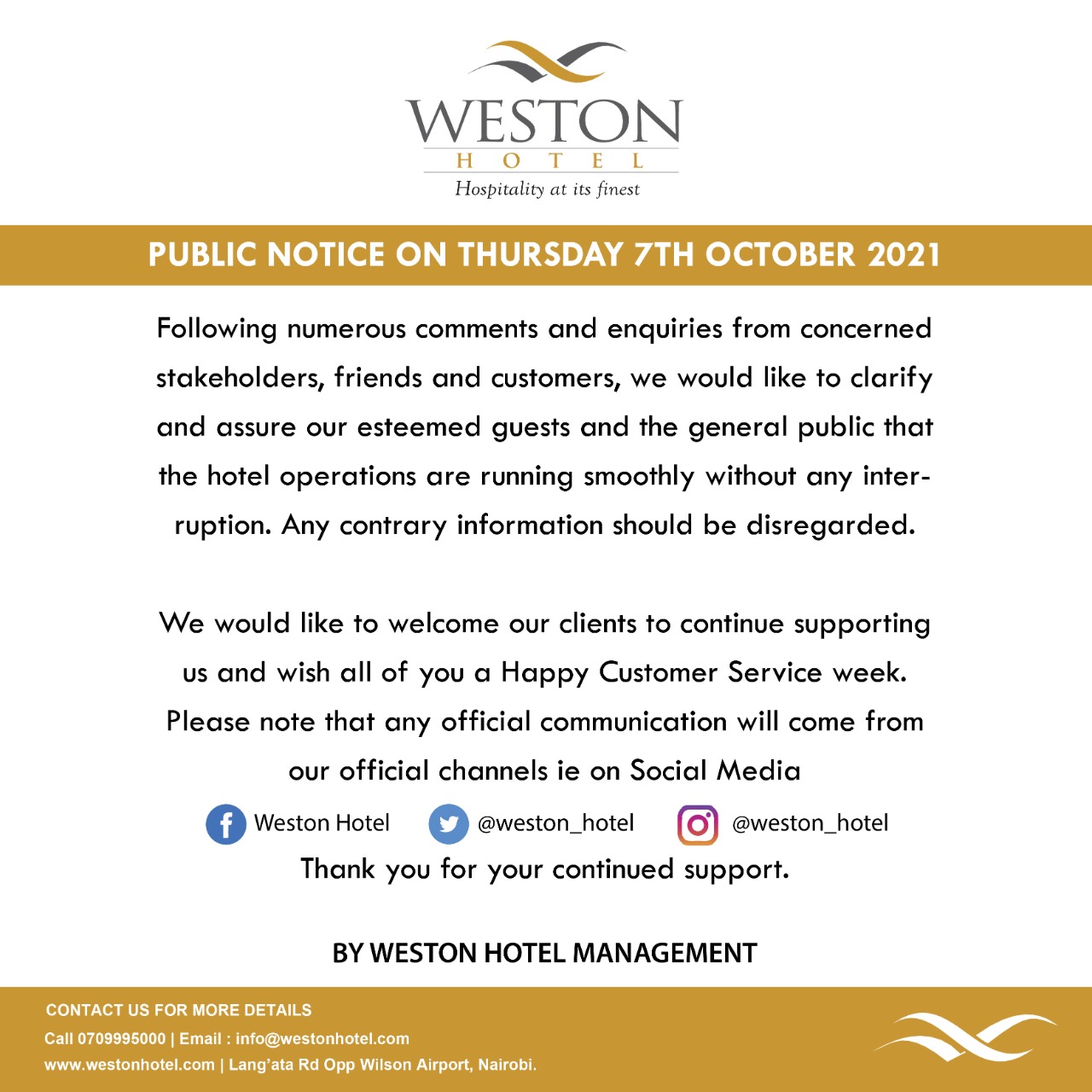 The 0.773 hectares of land on which Weston Hotel sits is the subject of a legal battle between the hotel’s management firm, Priority Ltd and Monene Investment, and Kenya Civil Aviation Authority, which lays claim to the piece of land located opposite Wilson Airport.

In the case, the National Land Commission had asked KCAA to allow the hotel to compensate it at the market rate, but the aviation authority insists on having the land, arguing that compensation would encourage further encroachment of public land.