Startimes has increased its sports coverage as they venture into broadcasting car racing.

The digital television company will now broadcast all remaining races of the current Formula E season. This is after StarTimes signed a new broadcast partnership with Formula E management to have the races aired live across the African continent.

Formula E, which constitutes electric racing, will now be broadcasted live in over 37 countries including South Africa, Uganda, Nigeria, Kenya, and Tanzania.

Comprehensive coverage of the car racing league will feature on StarTimes Sports Premium, with additional content on Over The Top (OTT) platform StarTimes ON.

The ABB FIA Formula E championship announced on Friday that StarTimes will broadcast all remaining races of the current season live across its linear and digital channels in Africa. StarTimes has a strong presence in the continent.

The Head of Media & Distribution at Formula E, Hugo Lavell, noted that Formula E needed to expand its reach as it works to gain global coverage and earn more fans.

“As we enter a new year of electric racing, it’s fantastic to be able to announce our expanded reach with races being aired live across Africa on StarTimes. It’s been an unpredictable and action-packed start to the season, so we’re extremely pleased to be bringing comprehensive coverage of Formula E to more fans with this new and exciting partnership,” Lavell said.

Startimes Sports Director Shi Maochu, on the other hand, was happy to give StarTimes’ customers an opportunity to watch live car racing events. He added that Electric cars are the future of motorsports as the world turns to technology.

“We are very happy to give our users the opportunity to watch Formula E races live. Electric cars are the future of motorsport, and I think Formula E has great potential in Africa as it combines new technologies and intense competition. We constantly seek to bring the best content to our users and with Formula E, they’ll enjoy great motorsport races,” Maochu said.

Sponsored by ABB FIA, Formula E is a single-seater motorsport championship that uses only electric cars. It’s similar to the popular Formula 1 but the latter uses petroleum to power the car engines. Formula 1 has also been existence for years and has a huge fan base.

Formula E series was conceived in 2011 while the inaugural Championship commenced in Beijing in September 2014. The Championship is sanctioned by the Fédération Internationale de l’Automobile (FIA) and was founded by Alejandro Agag who is also the current chairman of Formula E Holdings. 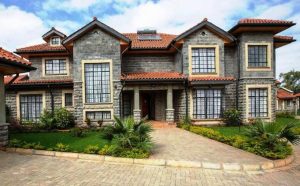 Real Estate Maintaining Streak as a Very Unattractive Sector For Investors
House prices contracted by 0.61% between October and December 2019